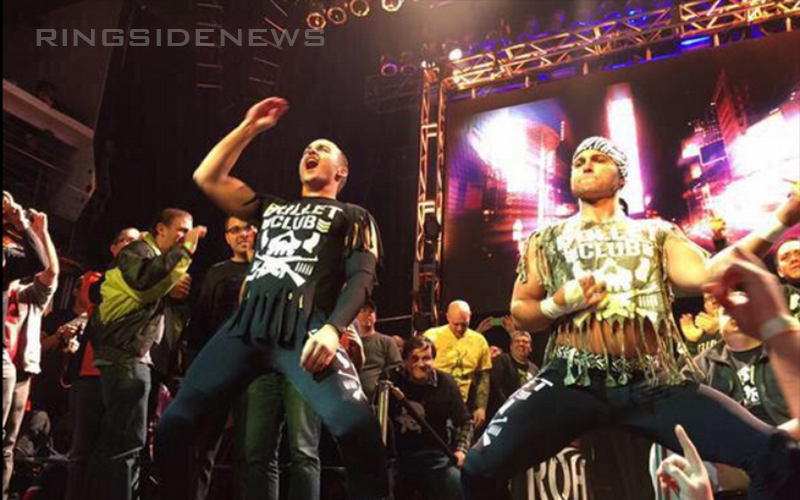 The Young Bucks are showing up where ever they want to. They recently invaded a Bar Wrestling event and then they showed up at a Defy event as well. This kind of surprise marketing seems to be working and it doesn’t look like they’re going to stop.

Dave Meltzer noted on Wrestling Observer Radio how The Young Bucks’ next stop seems to be at the next Bellator event.

“Next weekend they’re gonna be at Bellator so that’s where there’s gonna be. Now next weekend’s Bellator is going to be an interesting show, yeah, Jake Hager you know Jack Swagger’s gonna be fighting.”

You never know if The Young Bucks might jump in an MMA ring and break out a Superkick Party, but crazier things have happened. Jack Hager’s in the show and The Bucks appearance could be an interesting combo too.

Cody Rhodes didn’t seem to lose any interest when the idea came up of signing on some MMA fighters to AEW. So we will have to wait and see what happens there.