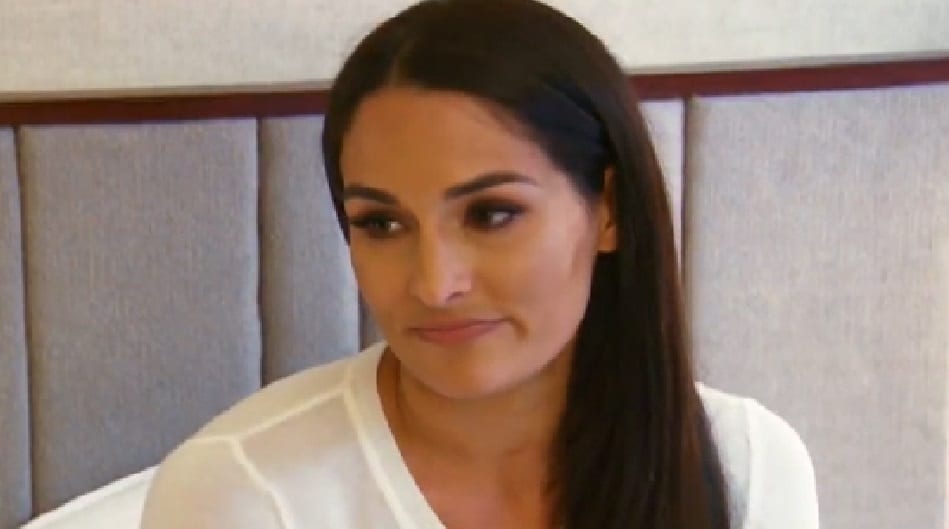 Nikki Bella has dated Dolph Ziggler and John Cena in the past, but the days of dating co-workers behind her. On Total Bellas, she discussed dating a little bit when Nia Jax stopped by and she didn’t seem into dating another WWE Superstar at all.

Nikki said that some people slid into her DMs when she became single, but right now it’s not the time. Nia asked her if she was dating another wrestler and Nikki gave a big “no” to that.

It seems like any guys in the WWE who are interested in Nikki Bella will have to find another girl to hit on the DMs. Because Nikki Bella is done dating WWE Superstars.

This might be a good decision in the long run. After all, even though Nikki isn’t around WWE much anymore, it’s never a good idea to date people you work with because it can always result in awkwardness later on.