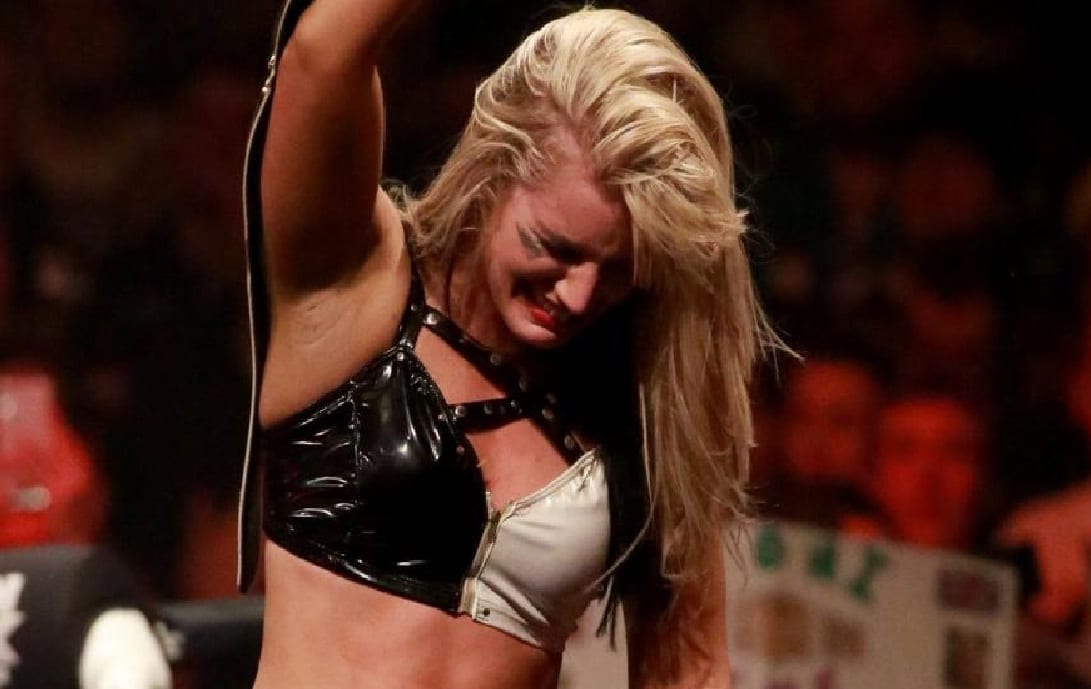 Toni Storm defeated Rhea Ripley at NXT UK TakeOver: Blackpool to become the new NXT UK Women’s Champion. Storm has been through a lot recently and Triple H discussed the personal drama Toni had to endure. However, it didn’t slow down Toni Storm one bit.

Storm has held titles before, but she recently spoke to The Hindustan Times where she discussed the different kind of pressure that is on her as a champion under WWE’s umbrella.

“I have been a champion all over the world and that comes with a certain level of pressure. Now, with me winning the WWE UK women’s title, the pressure will be at a whole different level. But, I am ready for the challenge and I have worked hard for this moment. I want to face the best talent and I want to be the champion for a very long time,”

Toni Storm is young and has a huge upside to her. She has many years to come and barring any unforeseen circumstances she will be a huge name in WWE. You never know if NXT UK might only be her starting point as her star continues to rise in the company. However, cutting her teeth in NXT UK is something that she is going to continue taking very seriously