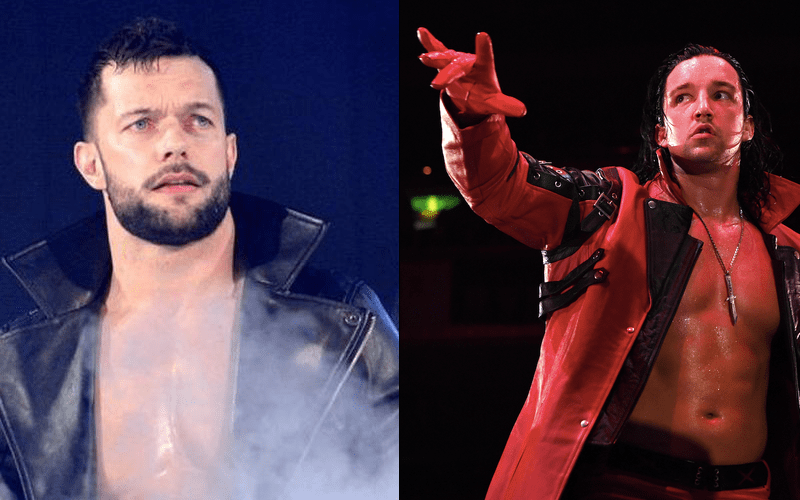 “Switchblade” Jay White is on a rise in professional wrestling. Dubbed the new leader of Bullet Club- his victory over Kazuchika Okada at Wrestle Kingdom earlier this month has put him in line to stake his claim for the IWGP Heavyweight Championship, which is currently around the waist of Hiroshi Tanahashi.

Now on top of the world, White was interviewed by Digital Spy, where the New Zealand native addressed what it was like to become the leader of Bullet Club, working in Japan, WWE fans and revealed that he wants to fight former Bullet Club leader Finn Balor.

During the interview, White revealed that Balor- who previously worked as Prince Devitt told him to look out for the Japanese wrestling scene. After seeing matches involving Eddie Guerrero and Chris Jericho and hearing Devitt’s advice, White pursued a career in Japan.

“I hadn’t really thought to watch too much of it and I didn’t really know too much about it, it was very much a WWE focus. Once I met Prince Devitt it opened my eyes to it a lot more.”

After arriving in Japan, White trained at the NJPW dojo to hone his craft. While there, he became used to the culture. White talked about the reactions to him over in Japan from those who live in Japan and those who have came over to compete.

“I’m like a blend. To the Japanese guys, I’m a foreigner. To some of the new foreign guys, I’m almost like a Japanese person in terms of knowing their culture and their ways and how things are backstage. It depends who you compare me to, I’m like a blend of the two, I’m in between.”

White also revealed that one Superstar not with NJPW that he’d like to face is the original Bullet Club leader in Finn Balor. He cites his reasoning as their similar path and the comparisons made between the two.

“If I had to just pick a name I’d maybe say Finn Bálor, just because I kind of came to a similar path to him and there have been comparisons thrown around.”

Balor, of course, is employed by WWE and is scheduled to face Brock Lesnar for the Universal Championship at the Royal Rumble on January 27. This means the two cannot compete against one another any time soon.

Until that happens, fans who want to see an alternative to the WWE product can watch NJPW to see athletes like White in action- as White himself explains.

“It’s more of a sport than a TV show. You see so many fans getting tired of the same WWE stuff. A lot of fans complain and complain, but they never try to watch anything else at all. The things that they’re often complaining about New Japan has and offers. So all those things you’re able to find with New Japan.”

Finally, White also addressed his transition into becoming leader of the Bullet Club. According to the “Switchblade,” he knew it wouldn’t be awkward because he has a lot of history with the Bullet Club, dating back to the original days when he worked as a young lion.

“I don’t know if people thought it was going to be awkward. I’ve known those guys for years. I’ve got more claim to being one of the Bullet Club OGs than others may think because I was brought in by guys like Prince Devitt and Bad Luck Fale and I was there as a ‘young boy’ and I knew those guys.”

Would you like to see Balor take on White? What are your opinions on White’s leadership of the Bullet Club thus far? Let us know your thoughts, opinions, and reactions in those comments below.