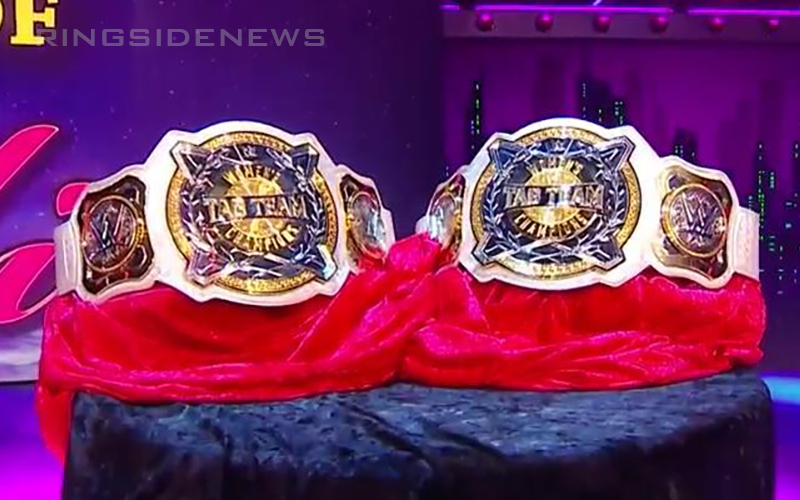 Vince McMahon surprised us all when he announced on Christmas Eve last year that WWE will finally be re-introducing Women’s Tag Team Titles. It blew up the Internet Wrestling Community after McMahon-ta Clause’s announcement, but where still some questions about the titles.

Alexa Bliss revealed the new titles on RAW this week and said they will be determined in an Elimination Chamber match during the February pay-per-view event. The biggest question remaining is who will get a shot at those titles.

With two brands on the WWE main roster, it seems that one show might be left out. Dave Meltzer noted in the Wrestling Observer Newsletter that they only announced one set of titles on RAW this week which could be a telling sign.

It is said that since WWE still views RAW as the A-Show the possible winners of those new titles would be between The Boss n Hug Connection, Nia Jax & Tamina, and The Riott Squad because they are the most likely entrants from the red brand.

It is rumored that Bayley and Sasha Banks will win the titles and become the new WWE Women’s Tag Team Champions. This could result in a big WrestleMania match that they have been teasing for quite a while. There are still some questions to fill fans in on, but it seems like there will only be one set of titles for now and RAW is heavily favored to get them.