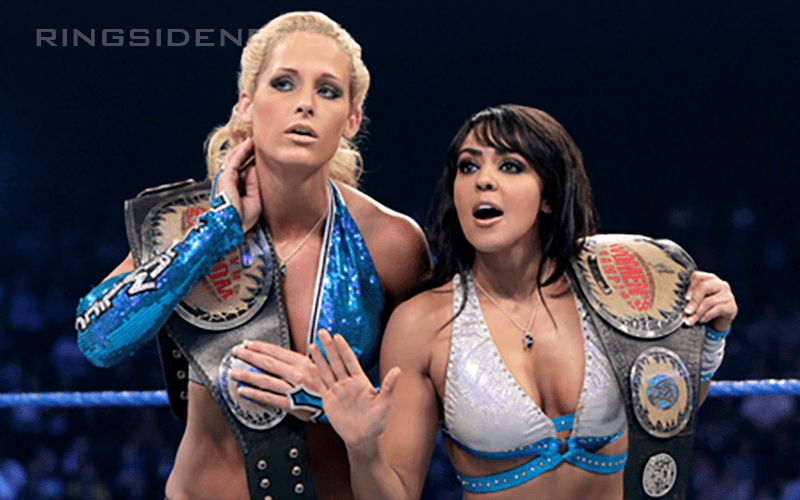 While answering questions on Twitter, Michelle McCool was asked about possibly teaming with her former tag-team partner Layla to make a comeback to capture the new Women’s Championship titles.

Michelle seemed open to the idea if Layla was down to make a comeback as well.

Layla responded to Michelle’s tweet, indicating that she’s down to return but noted that it was ultimately up to WWE if they return or not.