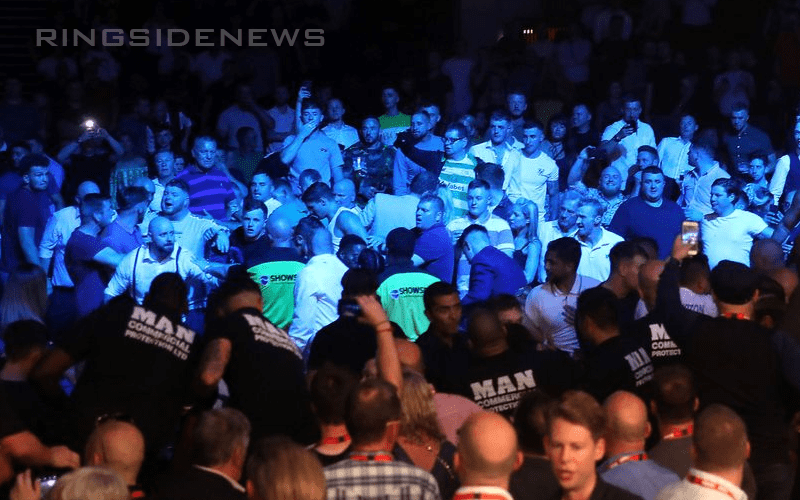 AJ Styles is a very popular WWE Superstar. As a former WWE Champion, he is a hero for a lot of people including children. There were apparently two fathers who stuck around after SmackDown Live and 205 Live were off the air and things could have gotten ugly when Styles tossed the shirt off his back into the crowd.

PW Torch reports that after 205 Live was off the air, AJ Styles came out for a dark match with Daniel Bryan when Styles threw his t-shirt into the crowd. Two dads grabbed this t-shirt at the same time and started a tug-of-war over the free merch.

It was reported that “it looked like it was going to escalate,” and then one of the dads let go. The child of the father who gave up then started crying. Styles was alerted about this crying kid and he made things right in a big way.

AJ Styles brought the upset young fan into the ring and talked to him. The child was carrying his own title belt and then he held it up like he was the champ. The fans who stuck around thought this was a very cool thing that Styles did.

As a father, AJ Styles is very good with young fans. It’s nice to hear that he went out of his way to help out. After all, when you throw free stuff into the crowd it can get ugly.