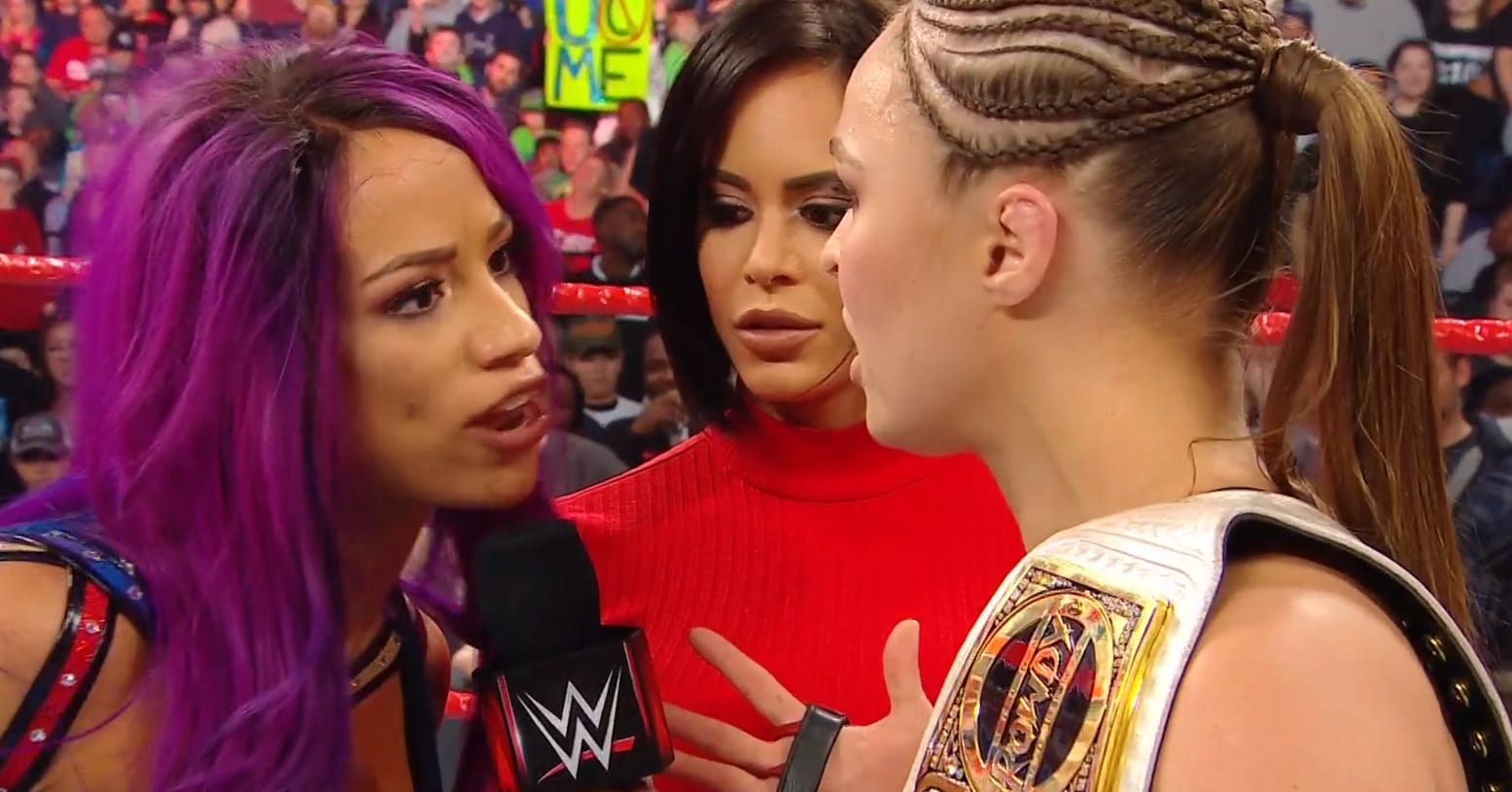 Ronda Rousey and Sasha Banks are set to square off at the WWE Royal Rumble pay-per-view. You never know how WWE could book things for that match with an impending WrestleMania main event as we’ve heard rumored, but The Boss and the Baddest Woman On The Planet’s feud is heating up online.

Sasha Banks took a moment to sent out a message on Instagram about what it means to be a Horsewomen. Bayley and Shayna Baszler have also been firing back and forth about the Horsewomen recently which makes us wonder if WWE is teasing something big through social media.

“The 4HW is about changing the perception of women’s wrestling in the WWE. about walking into an arena full of people, including some of the people in the back, who’s are lower than and knocking them on their asses. Showing the whole world that ” I was born to do this ” isn’t some catchy line, but a promise to them from me, that as long as I have a breath in my lungs, I will never go less than 100%. That’s why I throw up the 4 fingers. You throw them up cause you’re a fan… That’s the difference between you and  @rondarousey after #RoyalRumble you can go back to sitting in the crowd where you belong.”

It didn’t take Ronda Rousey long to come up with a long reply herself. She continued the feud with Sasha Banks where it seems that they have found a new subject to argue about.

“Wrong. Everything you just said was about YOU and what YOU do. As an individual… you haven’t even begun to grasp what the 4 Horsewomen truly represent. The REAL 4 Horsewomen @qosbaszler @jessamynduke @marinashafir and are about camaraderie, we’re about loyalty, we’re sweat sisters bonded in blood we’ve shed together in the pursuit of a common goal. When any of us succeed, we rise together. If any of us fall, we dive to catch each other. When at our highest highs we hoist each other even higher into the air. When at our lowest lows we dust each other off and empower the sisters at our side to take another defiant step forward. You’re a bickering quarreling thrown together copy of the lighting we’ve captured in a bottle. We’re real friends, we’re real sisters in arms, the dose of reality to has come to dispel the fantasy that is your FAUX horsewomen.”

This claim of WWE’s 4 Horsewomen being a corporate copy is a pretty bold one to make considering the fact she’s now employed by WWE. Then again, she’s Ronda Rousey and can get away with saying that kind of thing. This war of words might be far from over before January 27th.