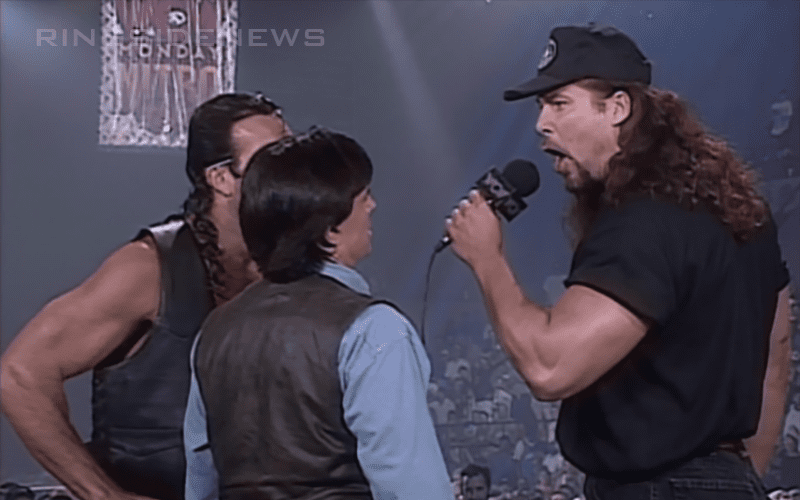 The nWo has been written down in history as one of the most successful groups of all time. Scott Hall, Kevin Nash and, some time after the group started to take shape, “Hollywood” Hulk Hogan led the way as they started a movement.

Former WCW president Eric Bischoff was obviously a huge part of the company during his stay. During a recent interview on the 83 Weeks podcast, Bischoff revealed what the original plans for the nWo were, and how it made sense.

Bischoff revealed that Nash and Hall would be returning to WCW to get revenge on the company for the mistreatment they faced during their first run. Given that they had turned their names into ones with attached recognition, they would come back and be treated with respect and legitimacy.

“The premise of nWo, the very premise of Scott Hall and Kevin Nash coming over, was to get revenge because they weren’t treated fairly when they were previously in WCW.

“Now that they became big stars, they’re coming back to exact their revenge on WCW and the people that didn’t treat them with the respect they deserve.”

Bischoff would add that the company never anticipated the nWo would ever get as over with the wrestling world as it did- and it became apparent that they would need to capitalize on it.

“We didn’t know that it would be as successful as it became.

“Once that became obvious in 1996, the ideas had already been ricocheting around in my head that we were eventually going to split the brands.”

How different do you feel the wrestling world will have been today had things gone this route? Would you have liked to see that? Let us know your thoughts, opinions, and reactions in those comments below.

With H/T to SEScoops for the transcription.