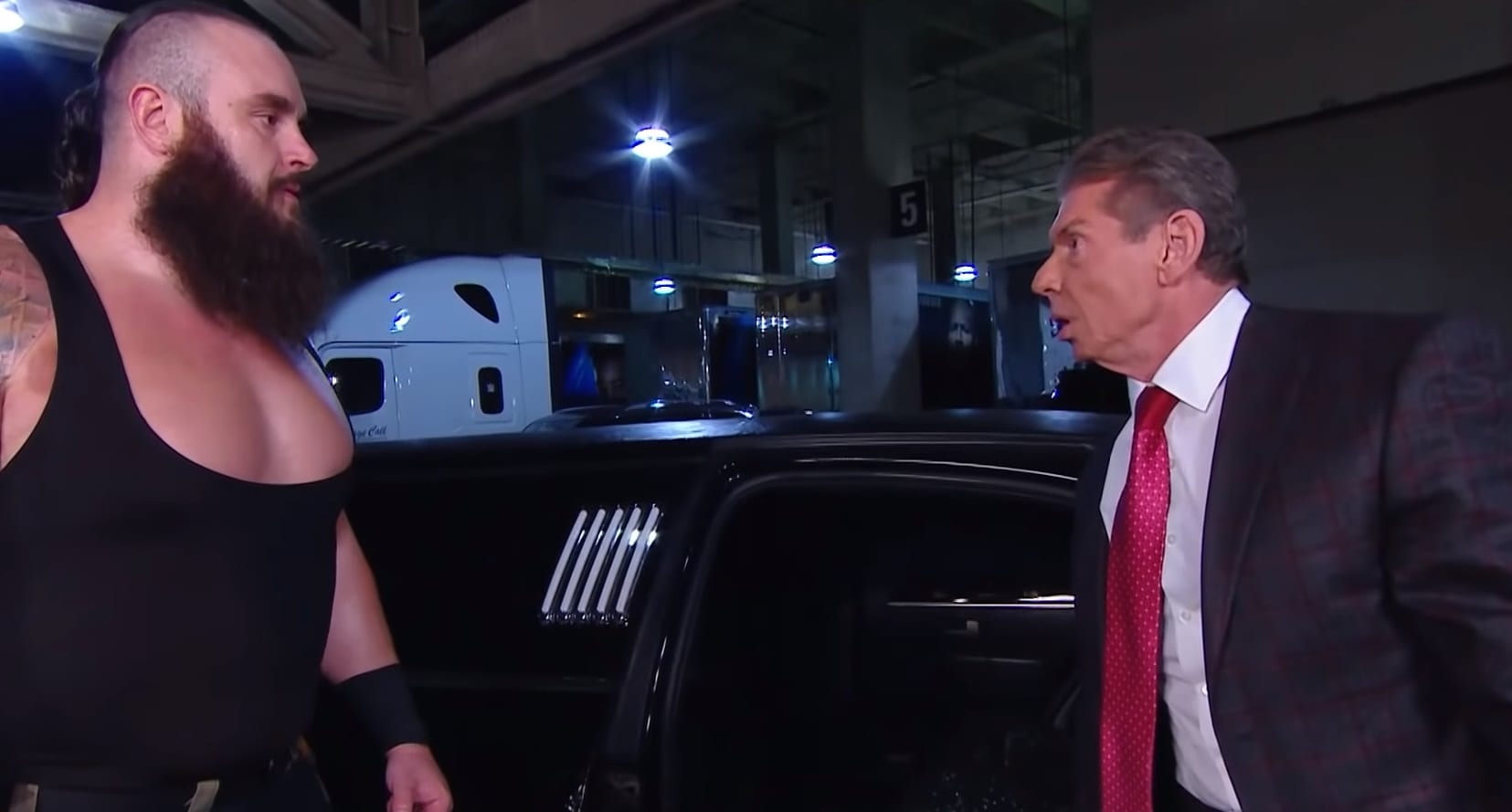 WWE made a very interesting decision last night on RAW when Vince McMahon pulled Braun Strowman out of the WWE Universal Title match at the Royal Rumble event. Not a lot of people saw this coming, but WWE had a very good reason for it. Actually, they had a few reasons.

Mike Johnson discussed this decision on PW Insider Elite audio where he addressed the idea of Braun Strowman having backstage heat in WWE. After all, that’s what most fans go to whenever someone loses a spot on the card. Apparently, this is not the case at all.

“I have not heard there’s heat on Braun Strowman. No, there’s no heat on Braun Strowman. It is more likely that they don’t want to beat him at the Rumble and they’re right on this if this is the case, that it will kill him off and hurt him in terms of his momentum and they decided to go somewhere else which is the Finn Balor route.”

WWE didn’t want to put Braun Strowman in a position where he would be forced to lose again to Brock Lesnar. We’re not sure if that match will happen again since WWE reportedly has Brock Lesnar’s WrestleMania opponent in place, but there will certainly be other title opportunities for The Monster Among Men.