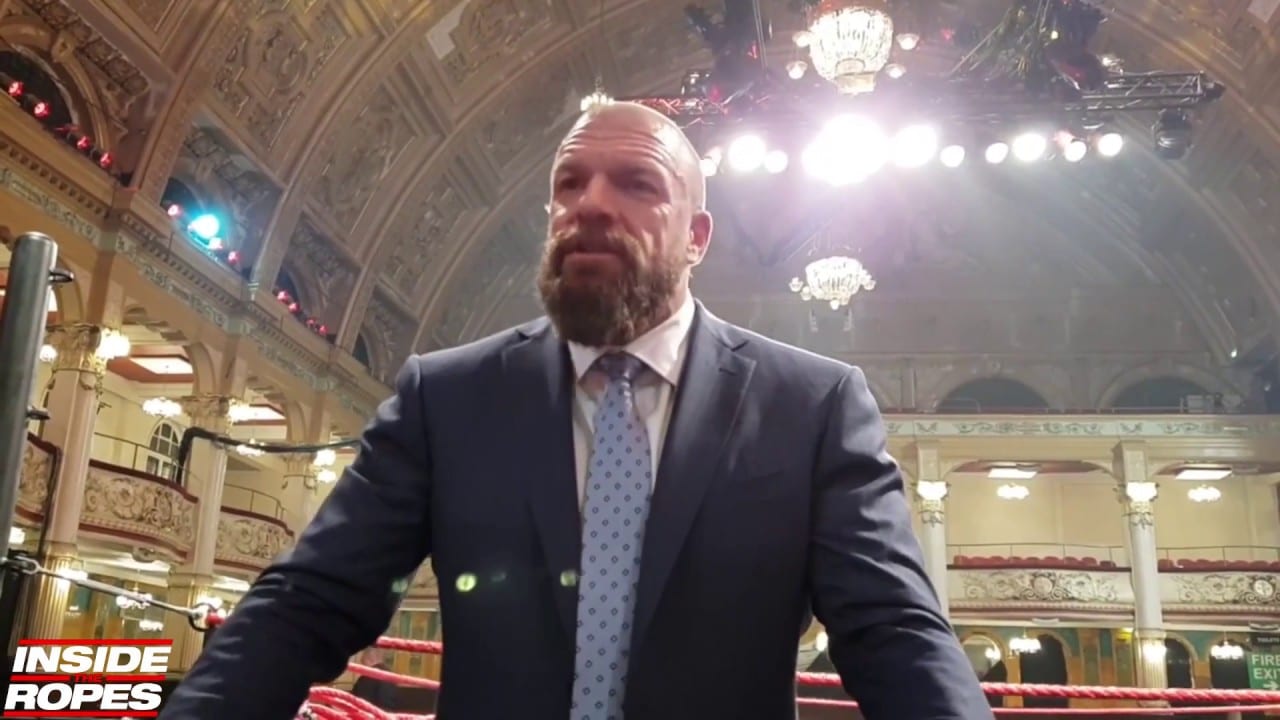 The moment NXT UK TakeOver: Blackpool concluded, fans wanted another special from the brand. Fans were chanting at Vince McMahon to pay attention and he responded that he did.

Fans were not only blown away by the NXT UK TakeOver special, but some were exposed to new Superstars who they had never seen work. Planning for an event like TakeOver can take some time and as Triple H explained to the UK media following NXT UK TakeOver: Blackpool, there isn’t anything confirmed for another outing just yet.

However, it is said in the video provided by Inside The Ropes that they do have a plan in place for the NXT UK brand. In typical Triple H fashion, he started off his with a bit of humor as he asked if he could just let the first TakeOver special soak in before thinking about round two.

“We just got to figure it out now. There’s clearly a plan in place and there’s clearly a next step that we’ve thought of, but it really depends on where you are tonight than where you go to your next steps. You know, a lot of coming to the US. You’ll see Worlds Collide promoted.”

“You know they’re gonna come over to the US during Rumble weekend and we’re gonna do a lot of stuff there with 205 [Live], with NXT, with NXT UK tournament.”

“At WrestleMania weekend they’ll be a big part of… there are a lot of next steps that we’ll take over the year. We gotta figure that out. There’s a little bit of planning that needs to take place straetgically where we want it and how we want it.”

NXT UK TakeOver: Blackpool was a great first outing for the NXT UK brand. They will need to step it up and try and top their previous TakeOver efforts next time and that might be hard to do.

Triple H says that WWE has a lot of big plans for the WWE NXT UK roster. We will just have to see how much of a focus they receive. Because if Vince McMahon really was paying attention then you never know where the NXT UK Superstars will show up next.