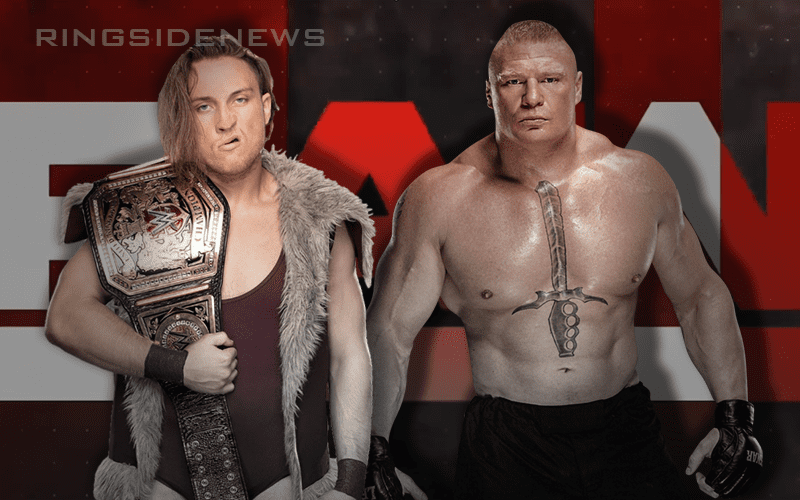 Dunne recently celebrated his 600th day with the United Kingdom Championship, which he won way back in May 2017 when he defeated Tyler Bate at NXT Takeover: Chicago. Since then he’s defended the strap against a series of different challengers, with his most recent being Joe Coffey at NXT UK Takeover: Blackpool this past weekend.

Alas, while many fans may be speculating over the possibility of him taking on someone like Lesnar in the not so distant future, the Bruiserweight is keeping his priorities in order as he confirmed during a recent interview with Inside The Ropes.

“I’m still young, so down the line I’d love to wrestle Brock Lesnar, to main event WrestleMania and do all of that. But right now, it’s not even a focus. I’m one of the faces that grew this brand, so there’s nothing more exciting than seeing a facility like this [WWE UK Performance Center]”.

Dunne was speaking at the opening of the WWE UK Performance Center in London, England, which is the first WWE PC to be opened outside of North America. Pete is just a few short months away from becoming the first man in a long time to hold a WWE belt for two years.

Alas, questions have been asked regarding whether or not he’ll be able to fend off the man that appears to be set to be his next challenger – and that is The Ring General WALTER.