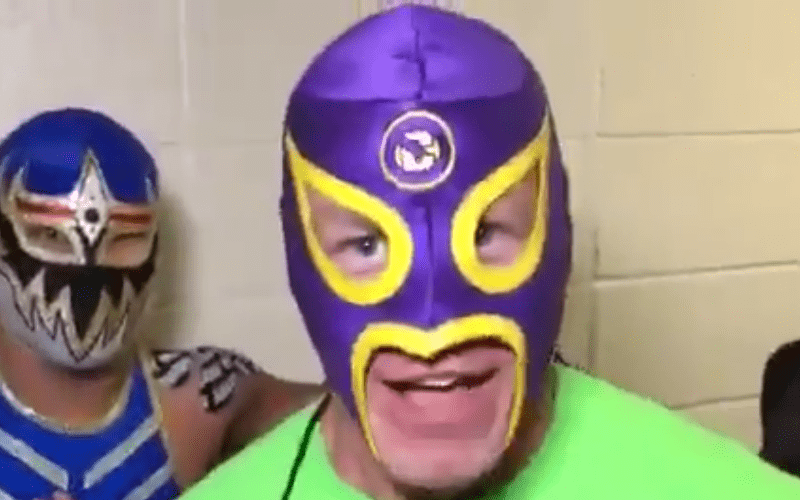 John Cena will go down in history as a man of many talents. Setting aside his wrestling ability and accolades- Cena is an accomplished wish maker for Make-A-Wish, knows Mandarin, is a movie star and a pop culture icon, among other things.

Cena has been working a number of WWE dates recently. This included the WWE live event last night for RAW in Huntsville- where Cena would ambush a Lucha House Party promo backstage wearing a mask, as he spoke in Spanish.

Cena would appear to interrupt the promo, chanting and conveying a message before leaving as the three members of the Lucha House Party questioned who the masked man could have been… citing that it may have been “Juanito.”

Do you see Lucha House Party as future Tag Team Champions on RAW or SmackDown Live? Would Juanito make a good addition to the group? Let us know your thoughts, opinions, and reactions in those comments below.