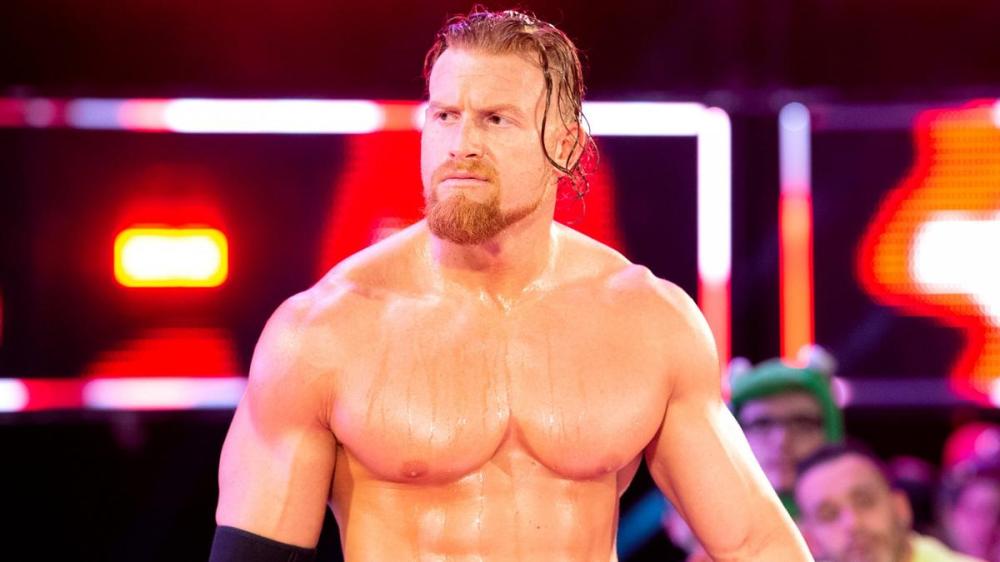 You never know what can happen when wrestlers enter the squared circle. Pro wrestling is a very physical art form, after all.

A preliminary fan report from the WWE house show in Charleston West Virginia said that it appeared WWE Cruiserweight Champion Buddy Murphy was injured during the event.

Murphy had a match against Cedric Alexander that was said to have stolen the show for some fans. It is said that Buddy Murphy landed on his knee during a spot in their match.

It was said by a fan at the show:

“Buddy Murphy got injured at the #WWECharleston house show. Such a crazy that in person. Looked like it hurt when he landed directly on his knee.”

We will keep you updated if we hear anything else regarding this story. Hopefully, he’s okay and it was just a bad bump in the middle of an intense match.

Others at the event say that Buddy Murphy was just doing a great sell-job. Hopefully, he’s okay.