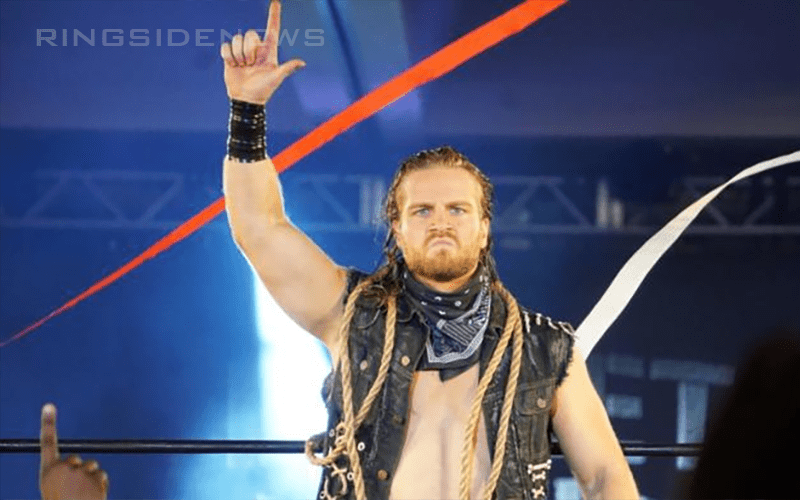 Being The Elite is a very popular YouTube series. We will have to wait and see whether or not it is enough to sustain a mainstream television audience, but All Elite Wrestling still has a lot of people excited.

Hangman Page is a key member of the BTE group. His comedy styling and ability to talk along with his look gives him . Apparently, WWE wanted him in a big way.

We previously reported that Triple H dealt with The Elite personally and wanted to bring them all in. The Young Bucks turned down massive deals as well on the level of AJ Styles. This deal would have also seen Being The Elite continue on the “award-winning” WWE Network as well.

The Wrestling Observer Newsletter noted that Hangman Page “was offered main roster money to work NXT.” This would have separated Page from the rest of The Elite if they took WWE’s contracts, but it would have still been hard to pass up.

Of course, Page being one of the first five wrestlers to sign an All Elite Wrestling contract meant that he passed on WWE’s deal.