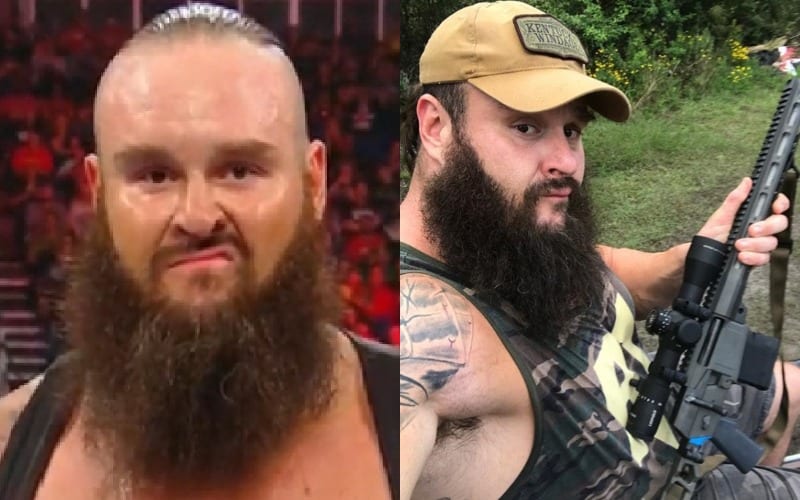 Braun Strowman hasn’t announced that he is a member of the NRA, but he might as well be. He loves big guns and outdoor activities. Some of those things when combined means an animal dies.

The Monster Among Men is not apologizing or backing down from critics of his hobbies.

Strowman recently shared a picture for Throwback Thursday that wasn’t received very well at all. He was surrounded by some friends who were all smiling except for a very large dead deer hanging in-between them.

“Costco for groceries: 300$
Diesel in to get to camp 75$
Beer for after the hunt 50$
Q rifle from fix……. you wish you had one!!
Memories at hunting camp with your buddies…… priceless”

Then Braun Strowman had to edit his hunting photo’s caption because he says that attacks were immediately carried out online against him via the comments section. So he put a stop to it and just disabled the comments.

“Sorry to the people that enjoy this post and were commenting on it showing there support for hunting turned the comments off because I will not have people be terrorist and try and force there beliefs on me and other people just because what I do isn’t what you like. It doesn’t give you the right to tell me that and call me my fans and followers names I don’t go on your page and attack you for what u like to do in life because I don’t like it!!!! #HomieDontPlayDat.”

This wasn’t a heel turn, but it might have been for several fans who didn’t appreciate seeing a massive dead deer on their timeline. Braun Strowman isn’t apologizing for his love of guns because the Southern Strong WWE Superstar won’t cater to threats.

Strowman tried as much as he could to keep the negative comments off of his Instagram. However, he can’t stop the backlash that is resulting from that picture.