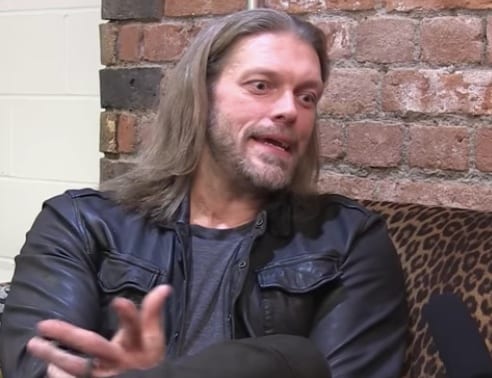 WWE Hall of Famer Edge recently sat down with Inside The Ropes, where he spoke about all things Royal Rumble related as we gear up for this year’s edition of the show.

The Rated R Superstar, who was on a tour of the UK with ITR, has had his own love affair with the Rumble after winning the 30-man match back in 2010. His return is still considered to be one of the best in the history of the match type, and to this day it still holds up.

So then, from a past winner, it’s certainly intriguing to hear about the good and the bad of wrestling such a taxing match.

“If you’re one of the pieces of thread throughout the Rumble, then yeah, it makes for a more difficult, challenging night. But that’s where you want to be. I always loved if I was gonna be number 2 and be in there at number 22, because that means at some point every talent is gonna go through you. You’re gonna be in there for the greatest hits of every character that rolls through, and hopefully you’re in there when a Jake the Snake or something is in there. I always really enjoyed the Rumble from that aspect, and I was always bummed if I was only gonna be in it for five minutes. But it can be tough, for sure. There’s a lot of responsibility.”

– Edge speaking to Inside the Ropes

Nobody quite understands what it means to go through pain in the world of professional wrestling like Edge, and even to this day one of the things that fans remember about him is how he was always willing to take risks in order to make it to the very top.

The question is: will we see a return or debut that is on the same level as Edge’s this year?