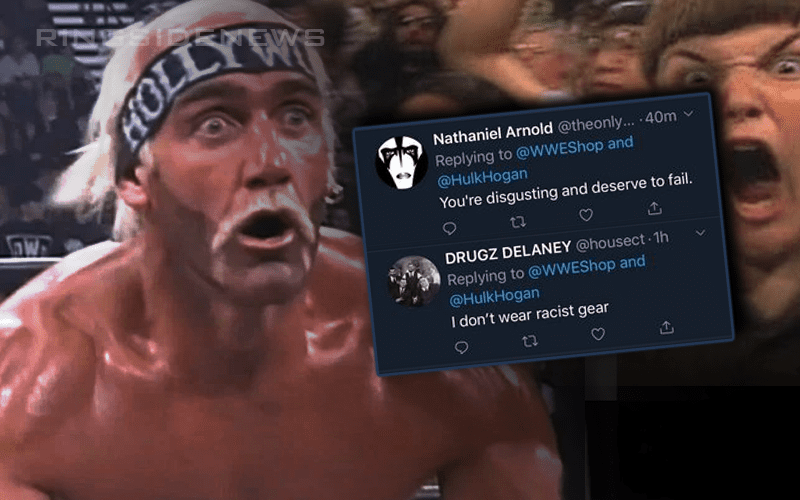 Hulk Hogan is coming back to television this week as will make a big return to WWE RAW. He will take part in a part of the show where he will be apparently remembering “Mean” Gene Okerlund. It’s a pretty clever way to get him back on television regardless of how great it is that WWE is honoring Okerlund in such a manner.

WWE thought they would jump the gun on marketing some red and yellow merchandise and they were very much mistaken about the response they received.

Instead of a bunch of happy replies, they got trolled quite a bit. The Internet Wrestling Community can be pretty harsh at times.

You can check out the tweet from WWE and some notable responses below.