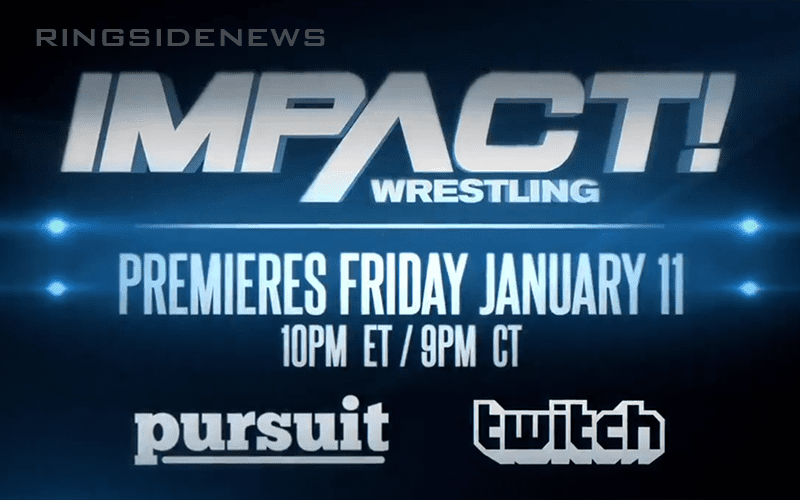 Impact Wrestling announced during tonight’s Homecoming event that their weekly television series will not only broadcast on Pursuit but it will also be available on Twitch as well.

As previously reported, Impact Wrestling’s deal with PopTV was up so they moved to the Pursuit station. Those episodes will broad on Friday nights at 10 PM ET.