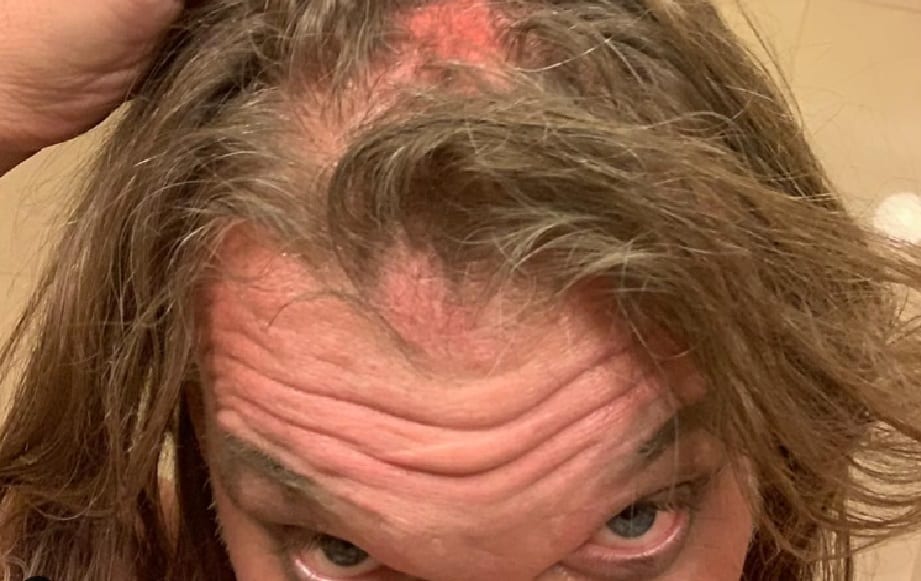 Chris Jericho and Tetsuya Naito battled in a pretty stiff war at Kingdom 13. In the end, Jericho lost the match, but he learned a very valuable lesson in the process.

While showing off a patch of his hair that is now missing, he blamed this on the spot where he took a piledriver from Naito on the entrance ramp.

Apparently, Jericho thought the spot wasn’t going to hurt as much, but he was wrong. You never know if Y2J will show back up in NJPW. In the meantime, he’s got some hair to grow back.