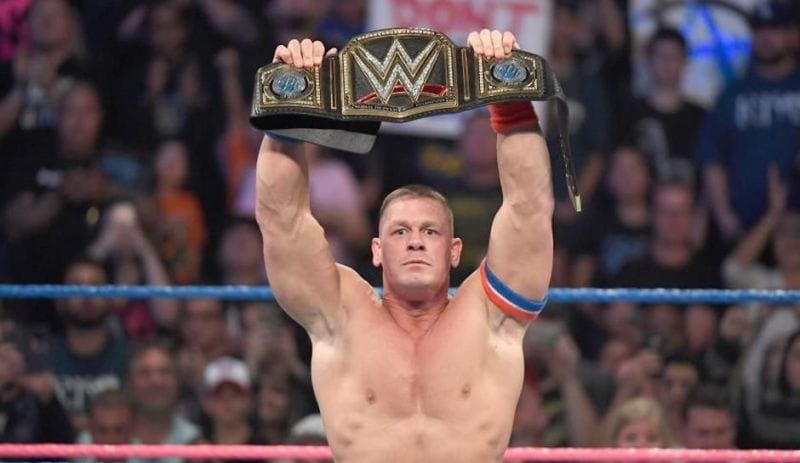 John Cena is arguably one of the greatest professional wrestlers of all time. Over the course of his career, Cena has captured 16 World Championships in wrestling, granted hundreds of wishes for Make A Wish, and been involved in some of the most well-known storylines in WWE history.

Despite all of that, Cena would likely face a lot of backlash if he were to return to the squared circle to fight for the WWE or Universal Championship. This, as some fans may realize, is due to the record held by both Cena and Flair. Both men are from different generations, but both have reached the pinnacle of 16 World Championships.

During a recent edition of Busted Open Radio, WWE Hall of Famer Bubba Ray Dudley commented on what it would take for Cena to get cheered with a World Championship victory.

According to the former TNA World Champion and WWE Tag Team Champion, Cena would have to publicly sit down with Flair and get his blessing, and when Cena ultimately wins the Championship, Flair should hand it to him. This, as Dudley explains, should take place at WrestleMania.

“There is going to be a large portion of wrestling fans who might not want to see John win since they don’t want to see Ric Flair’s record broken. Listen, it’s tied right now, so the best way to get out of that is to have Flair endorse it. You have that final sit down between John Cena and Ric Flair where John is torn whether or not he really wants to do this. Does he really want to break the record out of respect for Ric?

Then Ric is the one who talks to him and smacks him in the face and tells him, ‘You go out there and break that record.’ When he wins, Ric Flair hands him the championship. That’s a mega moment. That’s a WrestleMania moment!”

Flair has said in the past that there is no better man than Cena to pass him, and he would be honored for the leader of the “Cenation” to surpass him and move forward.

Would you like to see Cena pass Flair’s record? Should Flair’s record ever be beat? Let us know your thoughts, opinions, and reactions in those comments below.