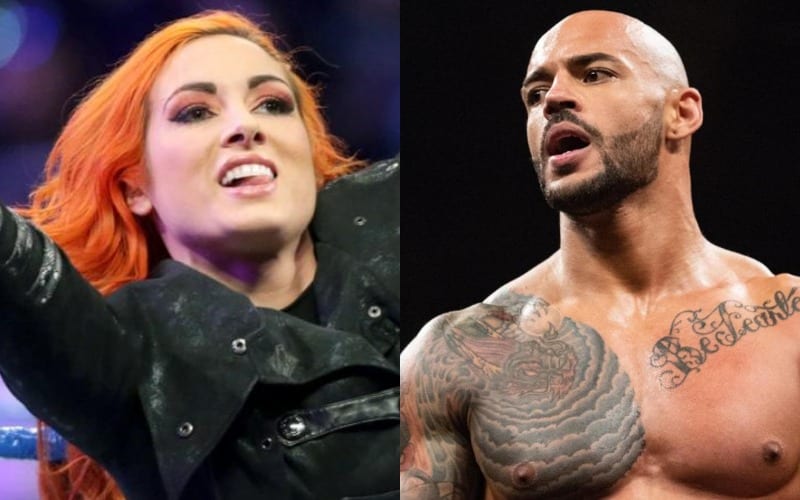 Ricochet is the One And Only. He could be winning a couple of NXT Year-End Awards as well. However, he wants them all.

In a recent Twitter post, the NXT North American Champion had one fan comment saying that NXT should give all of the awards to Ricochet. This obviously sounded like an attractive idea for Ricochet as he commented saying that if Becky Lynch can be The Man then it could go the other way around.

“If Becky can be “The Man” I can be #FemaleOfTheYear! Right!?”

Someone brought up the fact that Santino Marella won a WrestleMania Women’s Battle Royal to become Miss WrestleMania as well. This prompted Ricochet to suggest that he use the name “.”

Although this was all fun and games, one fan came back at Ricochet claiming that he was trying to spread Becky Lynch hatred. He also dealt with this statement by asking them to explain.

Ricochet said that he thinks Charlotte Flair is the best. This triggered the Lynch can even more. He continued to reply back to this Becky Lynch supporter as they claimed that The Man is having her gimmick stolen by Flair.

“WWE was obviously trying to make Charlotte look like a violent badass like Becky during that match. I felt like anybody who feel for that was contributing to the possible burial of Becky.”

Ricochet replied saying that he only said that he thinks Charlotte Flair is the best while never comparing her to anyone. It looks like some people will never be totally happy, especially if they’re extremely passionate about their favorite WWE Superstar.