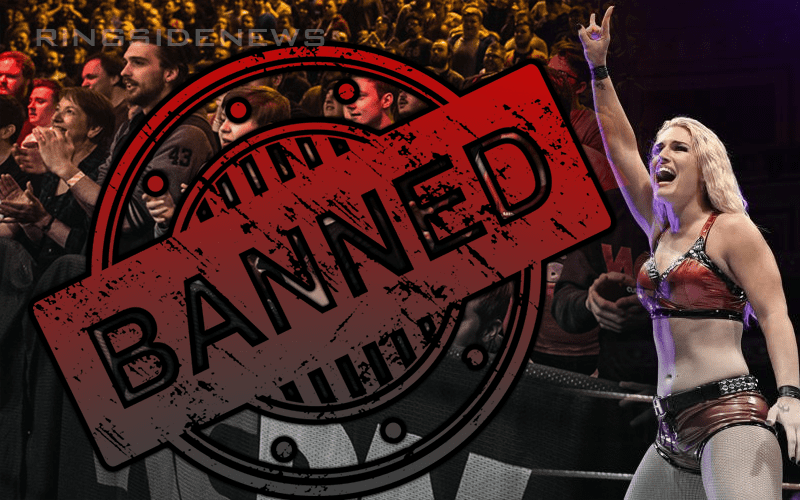 Toni Storm’s private photos and a video was stolen and released online. This caused #WeSupportToni to break out online and plenty of people have commented already. Now it looks like the support people have for Storm is going even farther.

One fan thought it was a good idea to tweet something nasty about Toni Storm. After asking anyone has the stolen pictures, he went on to make a pretty crude joke about her. What he said was very NSFW so you’ve been warned.

“Sick of seeing this Toni Storm sh*t already, everybody going on like she’s died when really she just loves a bit of c*ck.”

Defiant Wrestling noticed and they also realized that this fan had tickets to their upcoming event. Then they fixed that and tweeted out.

“Hey @thewrestlinnoob, you probably won’t see this given you’ve since deleted your account…But you’re not welcome on Saturday. We have your 2 tickets. You can explain to your friend why they no longer have one.

Don’t buy from elsewhere; your face will be on the door.”

This was a pretty noble stand to take on Defiant Wrestling’s part. Hopefully, Toni Storm realizes how many people are on her side.