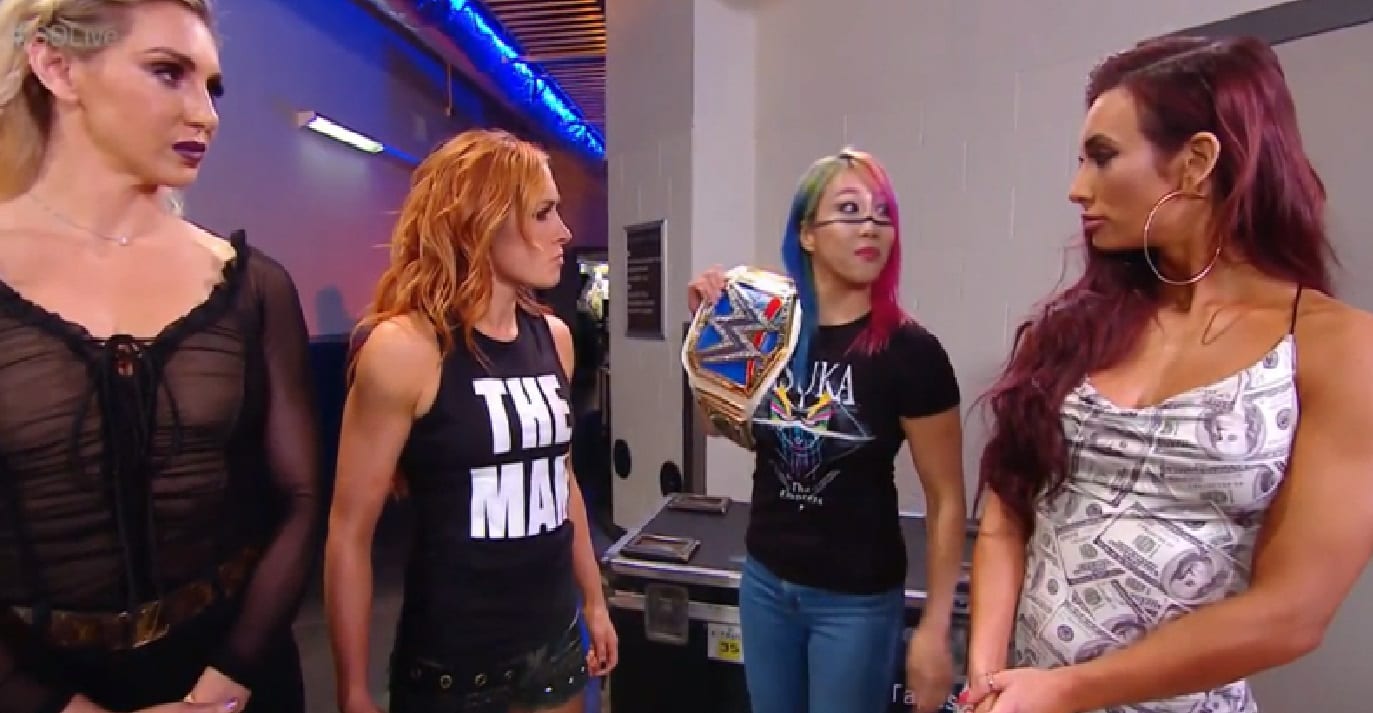 Asuka is SmackDown Women’s Champion which is a big responsibility and it looks like she’s going to be a fighting champion just as she was in NXT. However, there are more than a couple of challengers for her title.

Asuka vs Becky Lynch was announced for the Royal Rumble pay-per-view and then it was pulled while Paige got the blame. WWE could always go with that booking plan, but as Bryan Alvarez explained on Filthy Four Daily, WWE will need to decide a #1 contender before the Royal Rumble for a match if they’re going to book a title defense for Asuka in Phoenix.

This is sound logic, but the RAW and SmackDown Women’s Titles weren’t even defended at last year’s Royal Rumble event because they needed all female hands on deck. This is why Charlotte Flair and Alexa Bliss sat at ringside with their titles to prepare for Ronda Rousey’s big debut in WWE at the end of the show after Asuka won the big match.