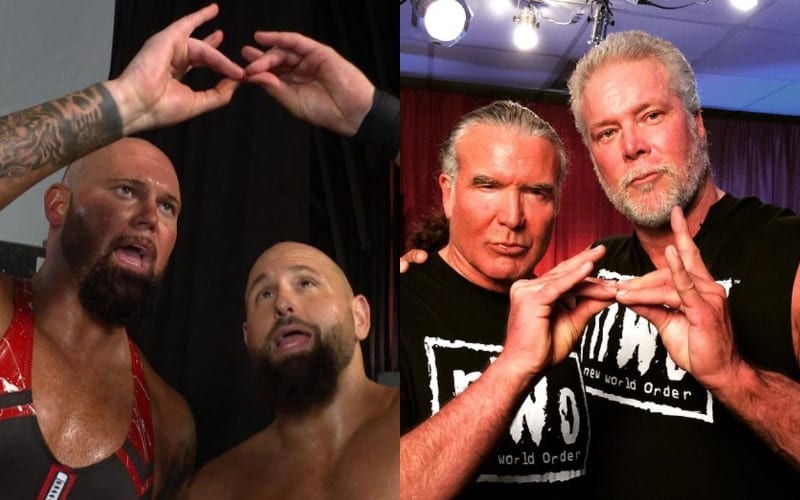 The Too Sweet hand gesture is famous in pro wrestling for many reasons. The Kliq used it back in the day but it was adopted by other good brothers along the way. Since then, the gesture resulted in a cease and desist from WWE to The Young Bucks.

Karl Anderson recently enjoyed some football while he noted how Kash Daniel threw up a Too Sweet at the Citris Bowl. We previously reported that Daniel rocked some great shoes during the game for The Good Brothers as well.

“The World sees that #TooSweet from the #GoodBrother @KashDaniel15
Brother fired ? up today ?
Gotta #Pop from my kids “Daddy he did Biz Cliz thing”
I know, son
Let’s get this win!”

Scott Hall saw this and thought he would chime in to let Anderson know that he hasn’t forgotten who used the Too Sweet first. It seems this battle will rage on.

Maybe that extra help from The Good Brothers helped Kash Daniel and The University Of Kentucky pull off a 27-24 win over Penn State.