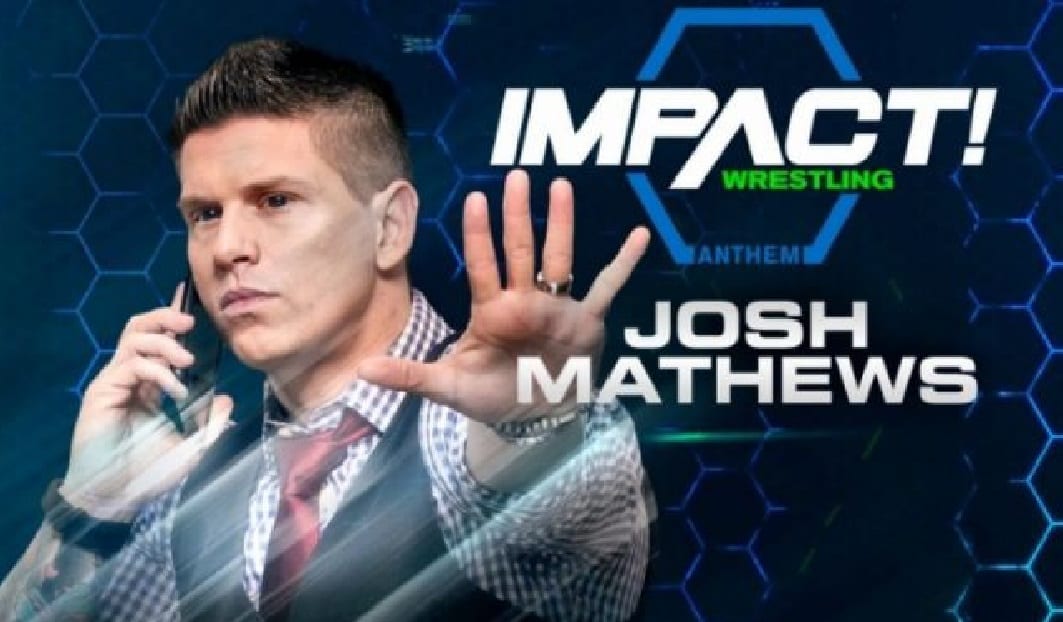 Impact Wrestling continues on even though they’ve lost a lot of their audience. Now they’re on a new television station and it might be even harder to find them. Some of their stars have also started leaving as well. This is not a good sign for Impact Wrestling, but the company is continuing.

While speaking to the Not Sam Wrestling Podcast, Josh Mathews was quite candid about what he would do in preparation for the company going out of business. There have been a few times in the past when that seemed likely as well.

“Well, I think I’m more pessimistic than optimistic about things a lot of times. So, there a few times where I thought, ‘Okay, there’s just no way. It can’t continue’. This is when everyone was in Nashville over at Cummins Station and we switched offices — we went from the big office down to the basement. We then went to the warehouse for a little while. Just a lot of times, but, I can say this — as an employee of the company, I’ve never been paid late and I’ve not been paid on time and I’ve never not been paid my full salary.”

“So, it’s so hard for me to say, ‘I think’ and ‘I thought’ and ‘I was worried about this’ and then… I don’t wanna be disrespectful to those people who made sure that on the 1st and 15th that my money was in my bank account. You know what I mean? Did I ever think it was gonna end? Yeah, a few times, but then I think back to those years in WWE where we did campaigns like Tighten The Belt and expense reports were looked at and you couldn’t spend a lot of money on the road and going through — probably wasn’t close to shutting the company down but I think that IMPACT or TNA as it were then, probably came close […] Closer than I knew, a couple of times, but there was always TV and there was always a light at the end of the tunnel so-to-speak.”

Josh Mathews is involved behind the scenes in a lot of respects, but he might not have been in the big meetings to determine the future of the company. Luckily for the company has been able to cut him checks and keep afloat. Transition and cost-cutting is a part of , but it seems like Impact Wrestling might do it more often than others.