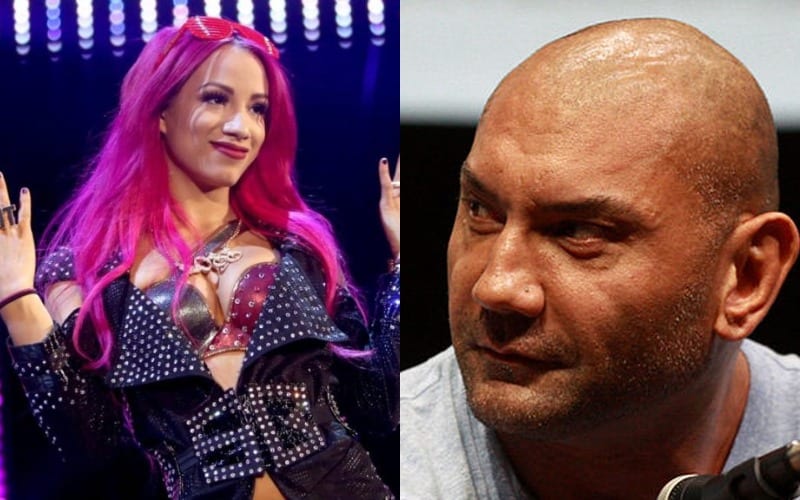 Natalya was just trying to illustrate the bond she has with her fellow female WWE Superstars. So she posted a picture of herself and the Boss n Hug Connection embracing in the middle of the ring.

“Together we can do so much”

Then Batista had to go and make it something dirty.

The former WWE Champion saw a picture of a group hug that Nattie posted and couldn’t help but comment toward Sasha Banks.

“Sasha Banks, Step into my office. I need to talk to you about something #gogirls”

Batista did include the “LOL” emoji, so maybe it’s possible that it’s a big inside joke. Either way, it was a pretty blatant mention of how good Banks looks in the picture.