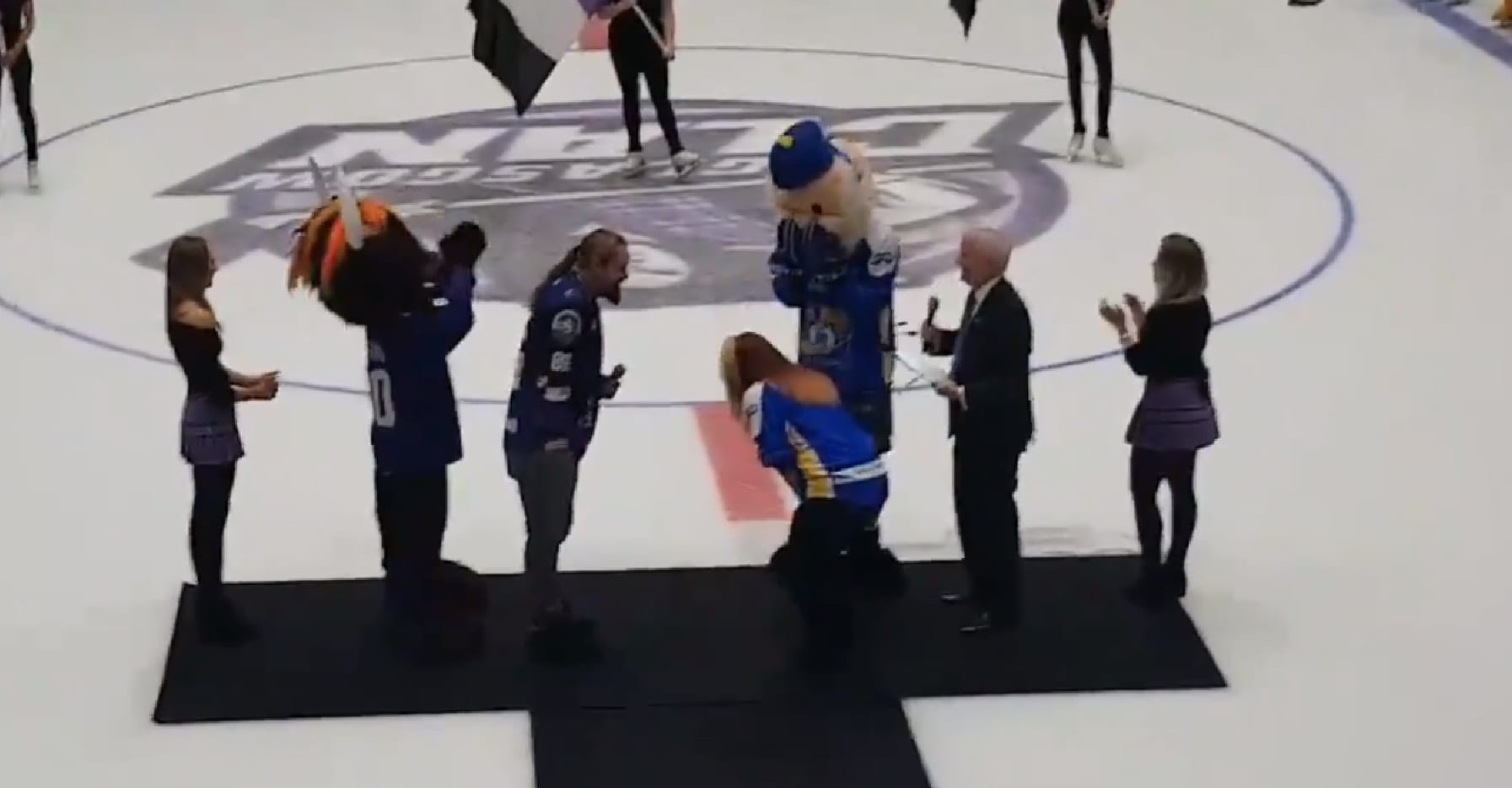 WWE has a lot of young people starting their lives with their partners and it looks like Wolfgang is one more name to be added to this list. The NXT UK Superstar was seen at a hockey game and he made a pretty public announcement of his proposal.

During halftime of the Glasgow Clan game, Wolfgang took the ice with his girl and got down on one knee after having some fun. She thought they were going to be taking part in a much different activity.

Luckily for him, she accepted his proposal and everyone cheered. This is a great time for him as well because as a WWE Superstar his schedule could pick up whenever the company needs him.

Our congratulations goes out to the happy couple.