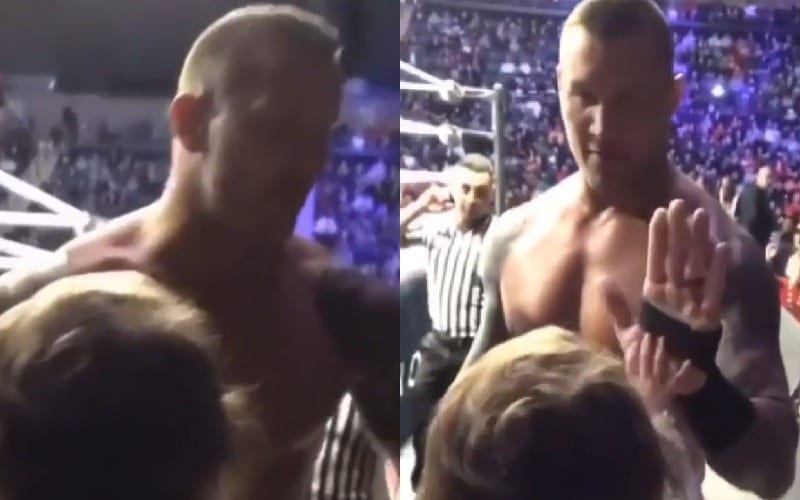 Randy Orton might be a ruthless Viper in the ring, but he’s a dad outside of the business. It’s funny when these two worlds collide sometimes and that recently happened for Orton in a big way at the Nassau Coliseum.

The former WWE Champion’s wife was at ringside holding their daughter and she totally killed his heel heat. Orton was about to go all old-school with his daughter and act like it was a baby he didn’t know, but she had other ideas.

Randy you know better to play your baby girl like that ?. She her daddy to pieces. Everyone in our section heard her screaming DADDY a million times. jaygarcia118 thanks for getting the vid cuz

Orton could be a heel to a couple kids at ringside who were being way too enthusiastic about meeting him, but he couldn’t resist giving his baby girl a high five.