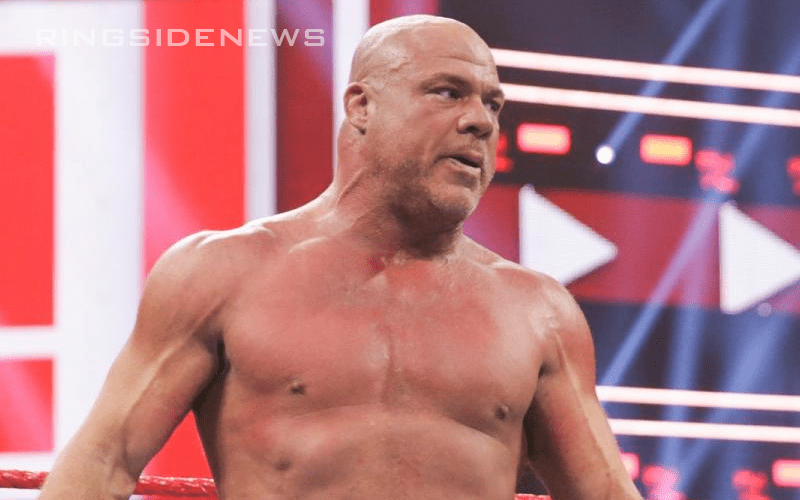 The Royal Rumble is fast approaching and WWE has currently only confirmed two entrants over the two Royal Rumble matches. With their victory in the Mixed Match Challenge, R-Truth and Carmella secured the 30th spot in their respective Rumble matches.

WWE Hall of Famer and former RAW General Manager Kurt Angle took to Instagram to seemingly confirm he would be part of the upcoming Royal Rumble match. In his post, Angle mentions that “up next” is the Rumble in January, and gave an insight into his WWE Championship title defence against Chris Benoit back in 2003.

If indeed Angle has let it slip that he’ll be in the Rumble, it begs the question of which position will he enter it at. Given that R-Truth will enter at number 30, there are 29 slots beforehand that Angle could enter as.

What position do you predict Angle will enter as? Does he have a chance of winning the Rumble? Let us know your thoughts, opinions, and reactions in those comments below.