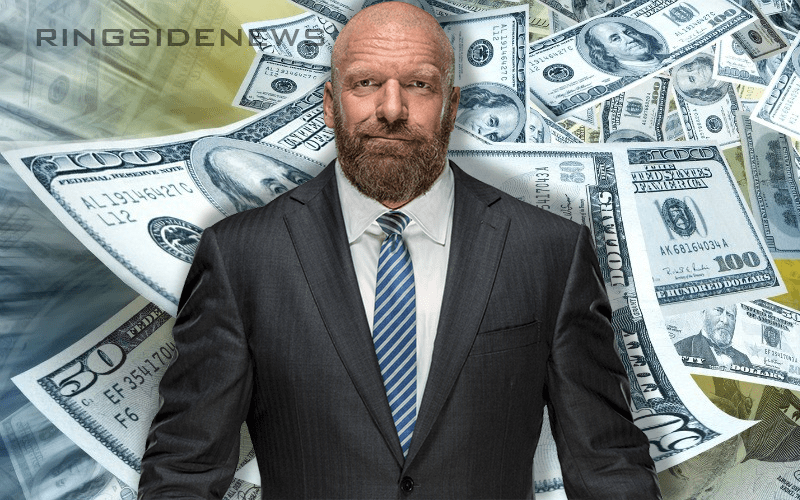 Triple H is WWE’s COO and in  in of live events and just about everything you see on television. It is usually up to either him of Vince McMahon. Therefore, the fact that Triple H is also a WWE Superstar can sometimes conflict with his backstage pull as well.

Seth Mates was on an episode of PW Torch Wrestling Podcast where he discussed Triple H’s political power backstage. To nobody’s surprise, Triple H has a lot of say in what goes on in WWE to the point where he can pretty much jump in on any storyline he smells money in.

“[I knew] as soon as the Daniel Bryan thing started to work that [Triple H] was going to put himself back on TV to be a part of that. You know it’s Kliq mentality. You know which he’s perfected. You smell the money and then suddenly, you become a part of it.”

“It’s the same kind of talking points and I’m not speaking out of turn here, I know I probably am, I don’t care, whatever. You know you smell the money and you’re the established guy and ‘Oh yeah, let me work with him, he’s a hot hand, I’ll really help make him and da, da, da, da, da.'”

“As if, people forget it’s not talent-based you know this isn’t the hot baseball player Albert Pujols goes to the plate and gets a chance to hit a home run. This is Albert Pujols going to the place and right before he gets to the plate they say, ‘Okay you’re gonna swing six-feet away from where ever the pitch is.'”

“It’s this self-fulfilling prophecy. He goes out there and buries the roster and then people wonder why nobody gets over and why the fans don’t see anybody as Superstars when he’s allowed to do and say certain things that others aren’t. It’s the same thing with the Summer Of Punk. You know, Punk gets hot and he’s back on TV in two weeks.”

Triple H is a tremendous performer, but Seth Mates went on to say that Triple H will usually get the better end of any deal because he can do whatever he wants.

Right now, Triple H is playing the role of a suit because he’s injured. He was hurt because he was in the main event of WWE Crown Jewel with his Kliq-mate and DX costar Shawn Michaels. It will be interesting to see if Triple H will “smell the money” and get back to work soon and who it will be against as part of this New Era in WWE.