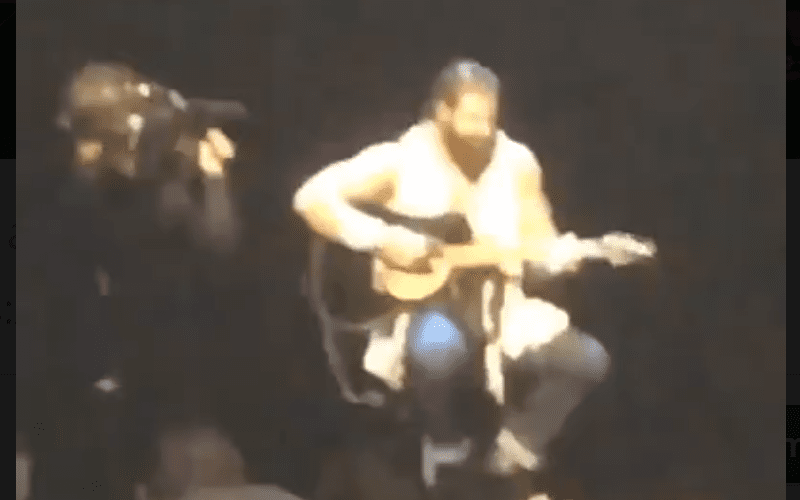 This article contains several spoilers from the New Year’s RAW in Detroit. If you’d like to read more spoilers for the whole night you can get those here.

Elias is a babyface now, but it doesn’t appear that he’s won over everyone in the WWE Universe just yet. He didn’t change much about his act except for the fact that fans are supposed to cheer for him now.

A fan named James Campbell who has the Twitter handle @WhoTheFisJC was in Detroit and he had a lot to say to The Drifter.

While Elias was strumming away trying to be a babyface, James yelled, “Elias sucks at guitar!” Then, later on, when Elias was brawling with Baron Corbin, Campbell kept reminding Elias that he sucks at guitar.

It’s just proof that you can never make everyone happy all of the time.