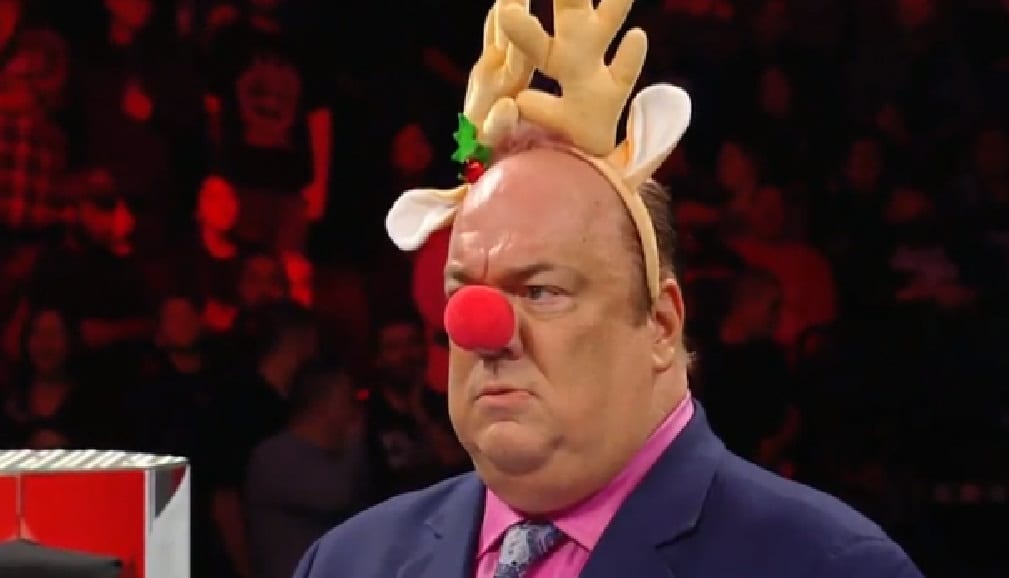 WWE RAW featured several holly, jolly segments this week on the show. One of them included Paul Heyman cutting a promo on Braun Strowman. Then The Monster Among Men came down and put a red nose and antlers on Heyman to make him a red-nosed Advocate.

Dave Meltzer noted on Wrestling Observer Radio that this segment got a major trim in post-production because, for one reason or another, Paul’s microphone didn’t work. This needed to be fixed, but you could never tell there was an issue when watching the show. This leads Meltzer to believe there was an honest technical difficulty.

“You know they did not show the mic not working which may mean that it actually didn’t work. I thought for sure it was a rib on him because it happens on him all the time and nobody else, but if they were gonna make fun of him, knowing Vince… maybe they just did it for the house show? Generally speaking, they would probably put that on TV and they didn’t. They did not do that”

You never know what could be part of a live show if they play it off well enough. When given the chance, WWE obviously cut the microphone malfunction out because they could.