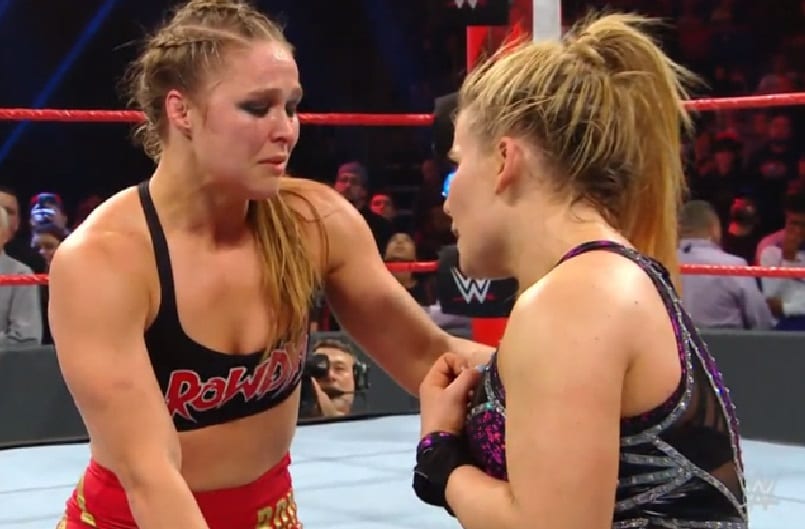 WWE RAW’s Christmas Eve episode was highlighted by Ronda Rousey defending her RAW Women’s Title against Natalya. This match was certainly a high-point and they pulled it off very well considering how they put the match together.

Dave Meltzer noted on Wrestling Observer Radio that although some fans might be itching to see Natalya face Rousey again, it doesn’t look like that’s going to happen anytime soon. The fact is that Rousey’s dance card might be a little full in the upcoming months.

“It leaves them open to still doing that storyline where they have a match and the same result happens and this time after the match she turns on her and lays her out and all that.”

“Now Ronda’s got between Charlotte Flair and Becky Lynch, Ronda’s already got a lot of opponents through WrestleMania at this point so perhaps that is something you could do at the end of the year after WrestleMania and just sort of keep it alive a little bit.”

It was noted that because of Natalya’s familiarity with Rousey, they were about to call a 15-minute match in the ring. WWE might end up circling back to Ronda vs Nattie, but it could take some time. Rousey has plenty of women forming a line to face her next, after all.