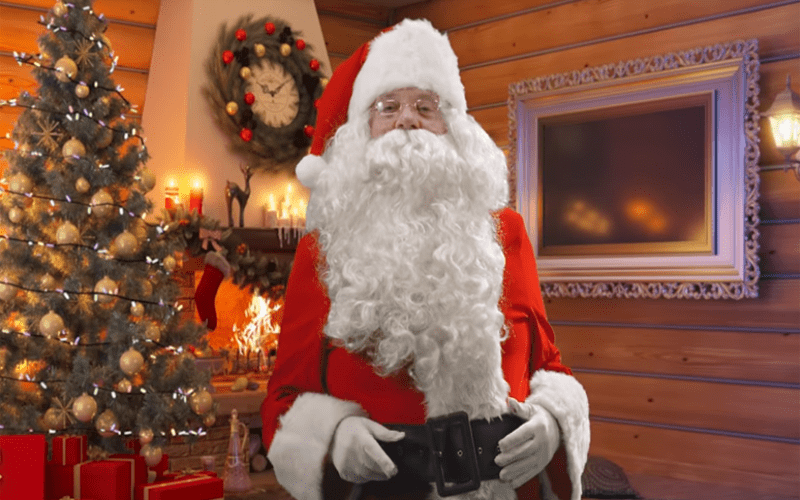 The holiday season is among us, and Santa Claus wants in on the action. In classic WWE storytelling action, Santa Claus wants to take on any WWE Superstar he can get to promote WWE 2K19 for those wishing to purchase the game for Christmas this year.

For their campaign to promote WWE 2K19 this year, WWE and 2K Games have come together to create the “Santa Series” which shows Santa Claus cutting promos on various WWE Superstars, with the Superstars themselves responding and setting up bouts in the game between themselves and Santa Claus himself.

As of today, the WWE 2K official YouTube channel has uploaded three episodes of the series, which can all be watched in just under three minutes. Tyler Bate, WWE UK Champion Pete Dunne, and Xavier Woods have all featured on the series thus far- and the series is likely to include other Superstars in the coming days.

Check out the clips below:

For those wishing to purchase the game this holiday season, the game is available on PlayStation 4 and Xbox One. It is not available on Nintendo Switch as WWE 2K18 was- with 2K citing that they wanted to focus their entire efforts on established consoles. This came after terrible reviews for the Switch version of WWE 2K18, which was littered with bugs and problems.

WWE 2K19 has been called the best game in the series in years and is well worth a pick-up for you and your family.

Have you purchased the game already? What are your favorite and least favorite aspects of the WWE video games? Do you enjoy this campaign for marketing the games? Let us know your thoughts, opinions, and reactions in those comments below.