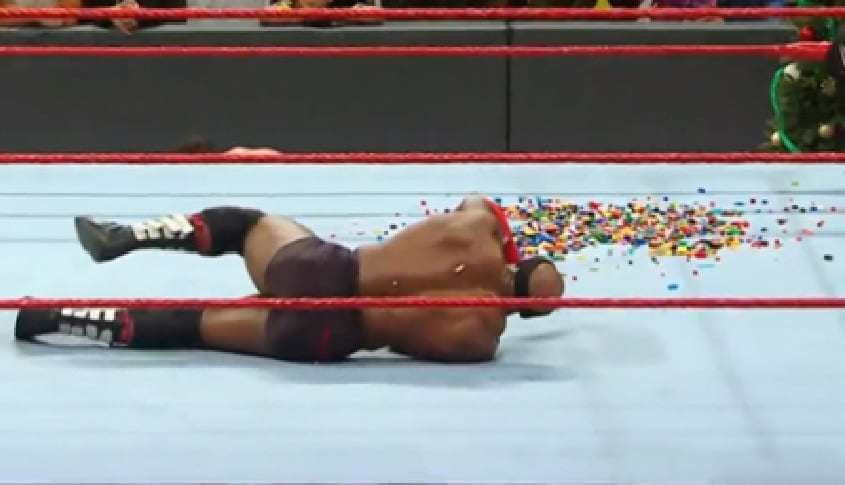 Elias took on Bobby Lashley in a Miracle On 34th Street Fight on the Christmas Eve edition of RAW this year. The fight got a little bit out of control, to say the least.

After the two battled around the ring for a bit and used a Christmas tree and presents as weapons, Lio Rush handed Lashley another gift. He opened it and poured out a box full of Legos. They teased a superplex with Lashley hitting one on Elias onto the block toys, then things got turned around for The All Mighty.

Lashley soon toon a thunderous bump onto the Legos and a few pieces stuck to his back when he got up. Elias grabbed a fire extinguisher and sprayed Bobby and then Lio Rush took a table bump off the apron.

Elias grabbed a bowling ball and bowled a “strike” right into Lashley’s nether region. Then The Drifter unwrapped a cello and smashed it over Bobby to get the win.

Still, we can’t stop thinking about how brutal that Lego spot was. Have you ever stepped on a Lego? That hurts enough. It is also very interesting that WWE didn’t replay the Lego spot when they were showing the match highlights which was a point that Michael Cole even brought up.