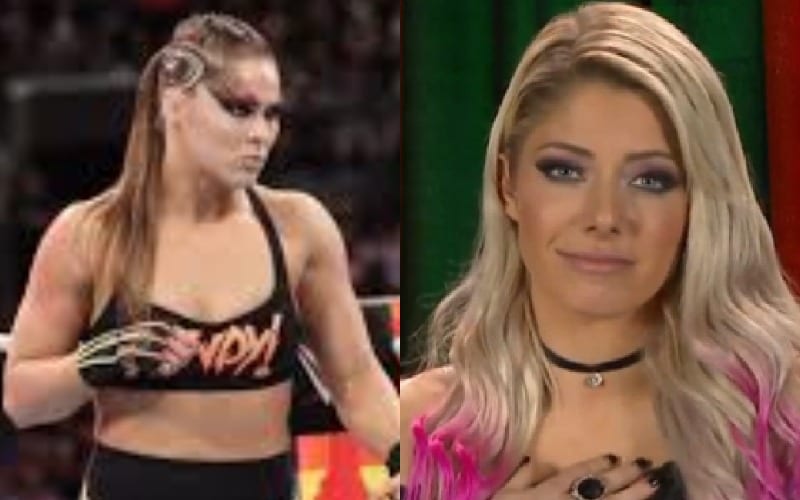 Ronda Rousey’s face is beginning to become very familiar to the WWE Universe, but you never know what she’s going to look like when a big match comes along.

Every time Rousey has a big match or a moment in WWE, she is often seen with a different makeup choice. Some of those cat eyes have drawn some criticism within the IWC.

Rousey is very pretty and looks good no matter how she’s wearing her makeup, but this left an open door for Alexa Bliss to take a shot. Bliss wasn’t on RAW last week, but she did show up on RAW this week and talked about what she wanted for Christmas.

Instead of asking for something for herself, she ran down all of the other women on RAW and wished for things for them. She finally got to Rousey and wished she had better makeup.

This was a pretty big shot to fire at Rousey. With the McMahons back on RAW every week, Alexa Bliss’ role as an authority figure of the women’s division on RAW while she’s injured seemingly went away as well. Maybe she’ll make her return and get right back to the top of the card where she left off once making her return.