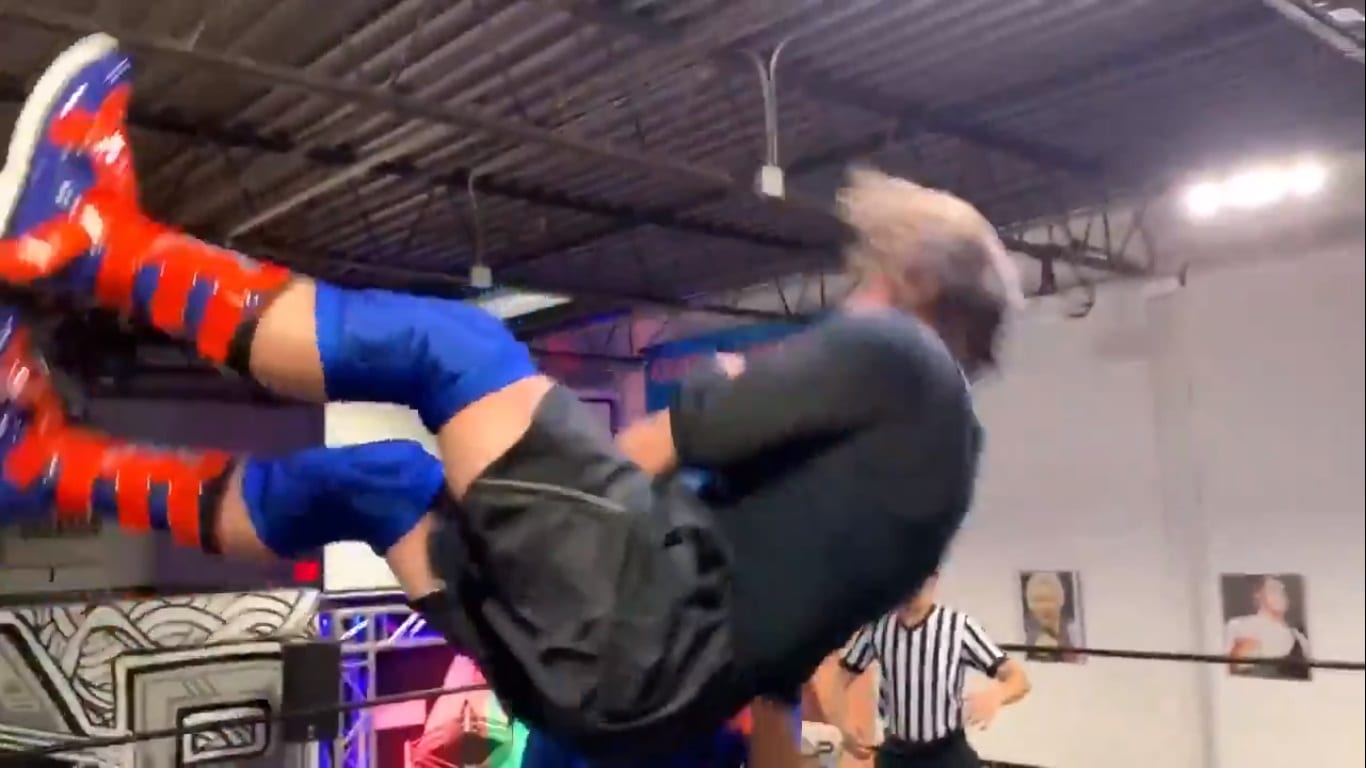 WWE Superstar Curt Hawkins hasn’t won a match in two years and it looks like his losses extend outside the squared circle.

New York Knicks star Enes Kanter is a big WWE fan and he recently had a chance to join Curt Hawkins and Dana Brooke in the ring for a little bit. During the segment, things went badly for Hawkins.

Curt charged at Kanter and he fired back and then he caught a pretty good chokeslam. We’re impressed.

All it took was a referee counting 1-2-3 and it was all over for Curt Hawkins. Dana Brooke seemed to have a great time rubbing it in Hawkins’ face too.