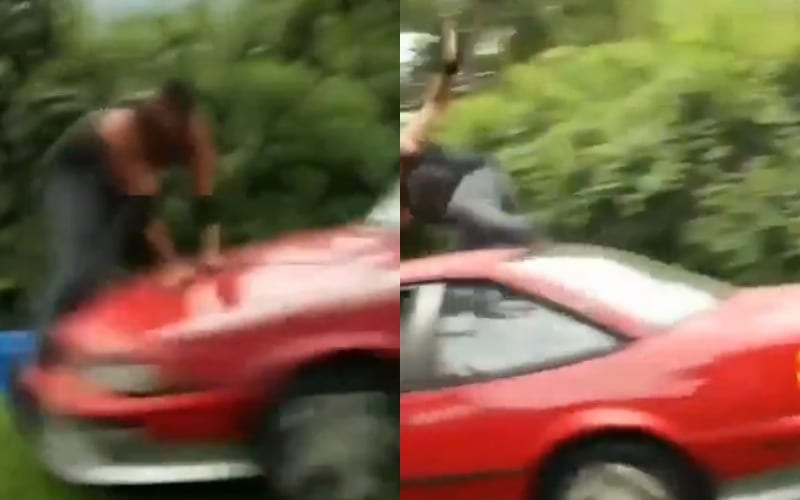 The options are pretty much endless when it comes to what you can use as a weapon when you’re in a backyard wrestling match. These guys took it really over the top though.

In a video posted and drawn to Jerry Lawler’s attention, these guys used a car to run over their opponent during a backyard match. It’s a pretty insane spot and a tad irresponsible to boot.

The topic of where the line is when it comes to danger in indie wrestling seems to come up more and more often. It’s safe to say that most people would agree that running over your opponent with a car is over the line.

Let’s hope this guy was okay.