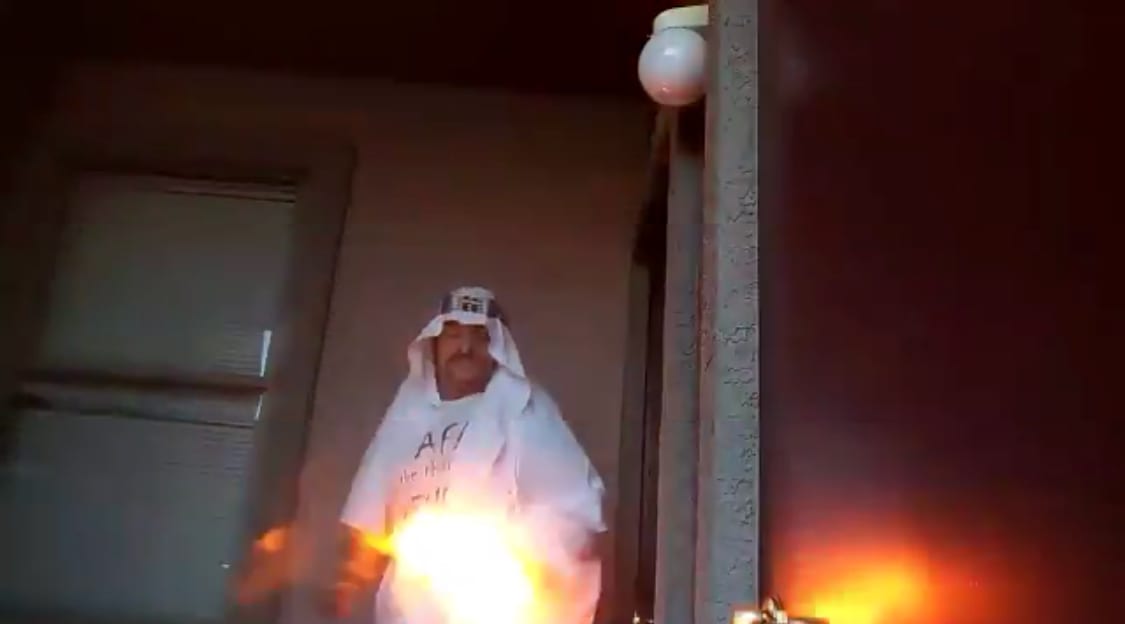 Sabu is cashing in on the latest trend of doing fan video greetings. Apparently, like so many other celebrities or people in pro wrestling he’s signed up for a service where for a fee he’ll give a specific message in front of the camera for fans. This is perfect for Sabu because you never know what he’ll say next.

It looks like he was trying to get a little crazy in a recent video and a stunt went wrong.

Sabu was playing with some pyrotechnics and it looks like he got his famous robe a little bit too close to the flames. Soon he was dropping plenty of F-bombs and trying to extinguish himself. Of course, dropping profanities is nothing new for Sabu.

Hopefully, he’ll be able perfect his technique just in case some fan wants a firey video message. I just wonder if he sets himself on fire, does that drive up the price of the video?