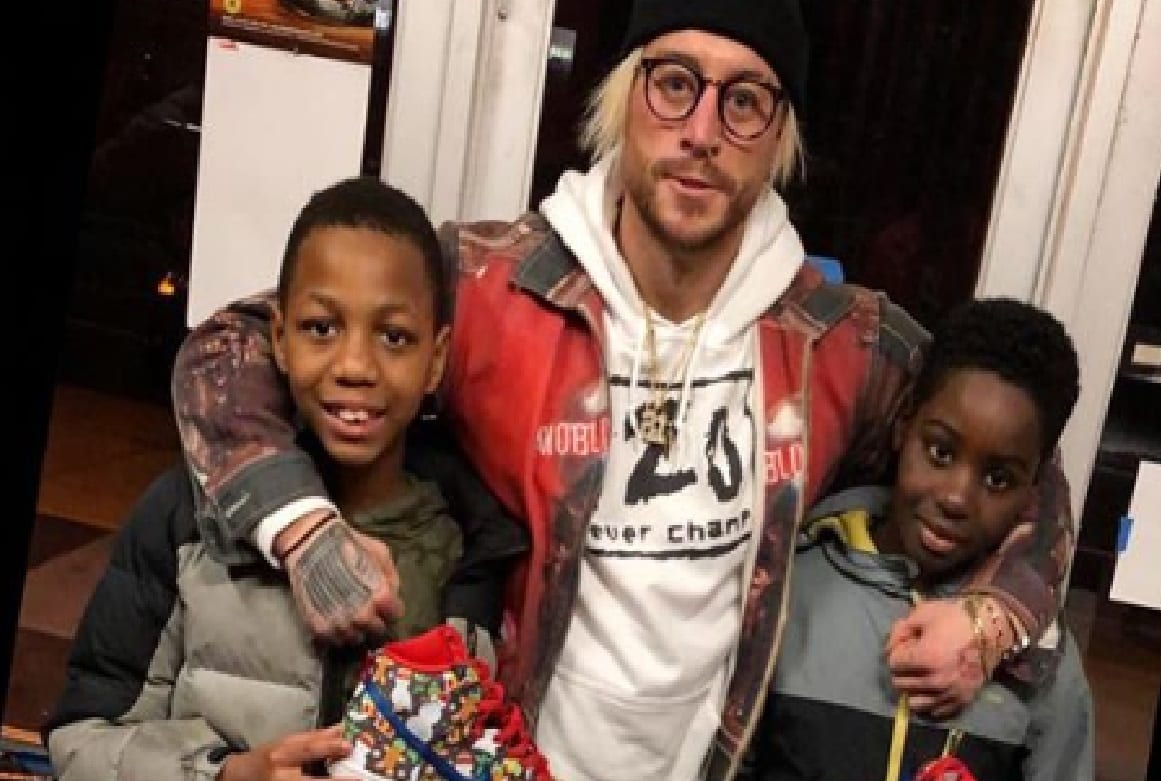 Enzo Amore is feeling the Holiday Spirit in a big way. We previously reported that he had a generous gift to a homeless veteran and he went on to donate even more today.

Amore is known for his collection of Air Jordans. It looks like that collection got a little lighter today because Enzo went on a donation spree in a big way. In fact, it looks like he even gave up the very shoes he walked in wearing in the process.

“Had an incredible day donating shoes for kids & those in need in Philadelphia…. but when I thought I had no more donations I left, I forgot I had shoes on.  Leaving Philly in a great pair of socks & these kids are about to have a fight when they get home.”

This was a pretty touching display from NZO. Maybe 2019 will be even better for him seeing how 2018 was a real redemption year for the former WWE Cruiserweight Champion. He was fired, found himself, released a rap album, a single, and now he’s spreading his message of Real Love. It’s enough to give anyone a case of the feels. How you doin’?