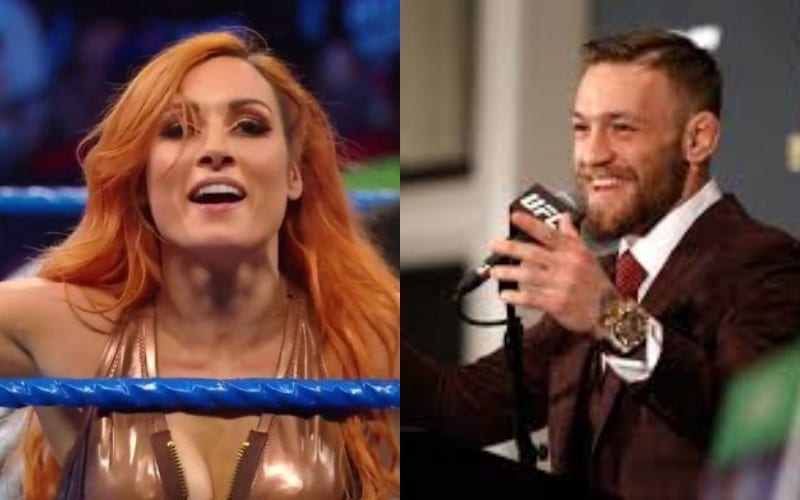 Conor McGregor has a lot of money so when you’re on his Christmas list, you can probably expect some good gifts. Becky and Conor have yet to meet, but it seems like she is certainly on Notorious’ radar.

Therefore, Lynch wasn’t really expecting to get two bottles of whiskey from Conor McGregor, but it happened.

The Man was happy to show off the two bottles of Proper Twelve whiskey that she apparently got from the UFC star. You never know if Conor McGregor will eventually do something with WWE, but a lot of that depends on the money involved.

In case you’re wondering, Proper Twelve is McGregor’s brand of whiskey. So whether it was actually Notorious’ idea to send the bottles is another story. It’s still the thought that counts.

Happy holidays to The Man from Ringside News. 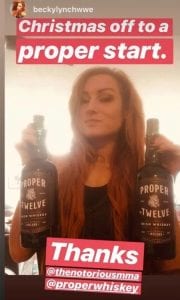