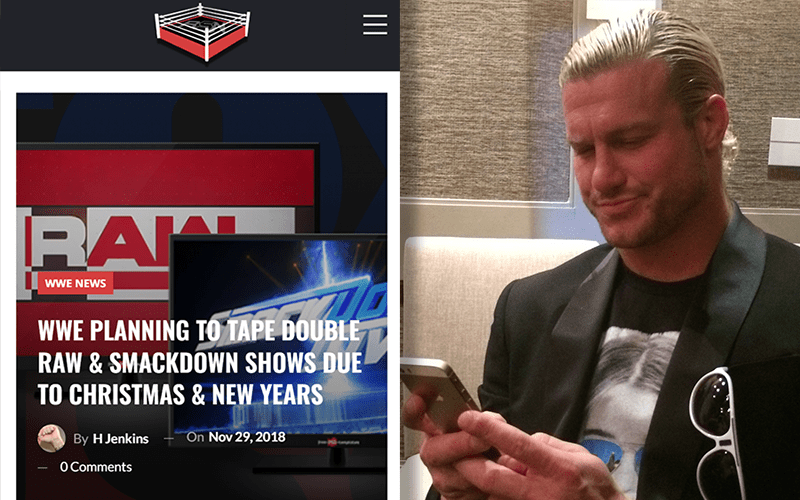 WWE held a live television broadcast on Christmas Day last year and then again on New Year’s, but they’re not doing it this year. Instead, they taped a double episode in Sacremento and Fresno for RAW and SmackDown Live next week.

If you’d like to know what will happen on the Christmas Eve RAW, click here. As for the Christmas Day episode, here you go. Merry Christmas.

It seems like not everyone was informed about this double-duty before the rest of us knew. The Wrestling Observer Newsletter reports that “Almost nobody knew they were taping two episodes until it was announced.”

So yet again, WWE Superstars found out what was going to happen at their job by reading Ringside News. You would think that WWE might just tell their employees a little bit ahead of time before they make a public announcement about it. Welcome to the New Era.