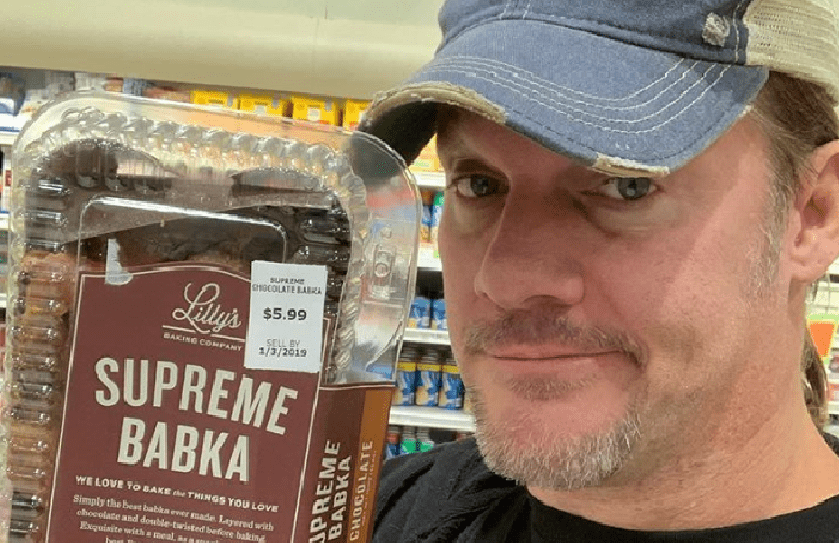 Chris Jericho has been on a roll recently. He had a great tour with Fozzy to packed houses, he’s the current IWGP Intercontinental Champion, and he’s throwing another Rager at sea in 2019. He’s also apparently not above stealing food from old ladies.

“I just stole this from an old lady.,” Jericho said while holding up a package of Supreme Babka. It looks delicious, so maybe it was worth it. He’s had a rough Christmas so far, so we’re giving him a pass.

Jericho is living it up so let him do what he wants. If someone gets in the way of him and a delicious piece of chocolate Babka, then I feel sorry for anyone in Jericho’s way.

We’re picturing the worst, but after stories break about Jericho spearing people outside the Fozzy tour bus, it’s hard not to picture something overdramatic going down in the grocery store. He probably just took it while she wasn’t looking.

I just stole this from an old lady…