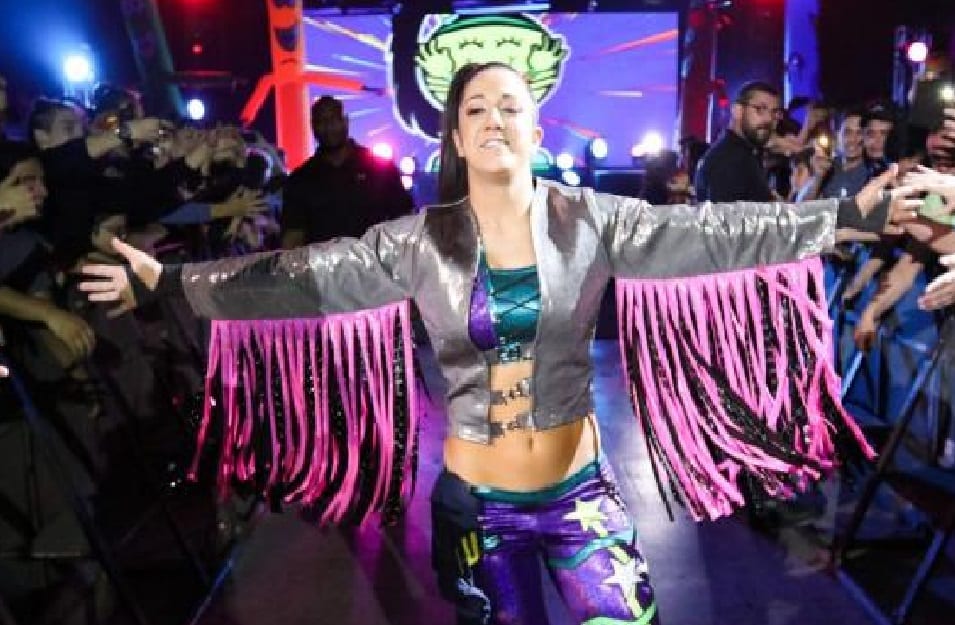 Bayley is enjoying some time off from WWE on a rare extended vacation. She’s having a great time and recently got to catch up with an old friend.

Joey Ryan posted a picture of himself with Bayley on Instagram. He was in a full sling after his pec surgery, so he wasn’t going to compete, but he still teased a match that could have gone down if he was better.

“Impromptu Falls Count Anywhere Thumb Wrestling War with Bayley last night at Bar Wrestling,” Ryan wrote. We’re sure that the “match” didn’t get too physical due to Ryan’s injury and the fact that WWE might not appreciate Bayley having an impromptu indie wrestling match.

So it looks like they had a thumb war instead.

Bayley wasn’t there to wrestle. She did come to Bar Wrestling to support her fiance Aaron Solow as he lost to Ray Rosas.