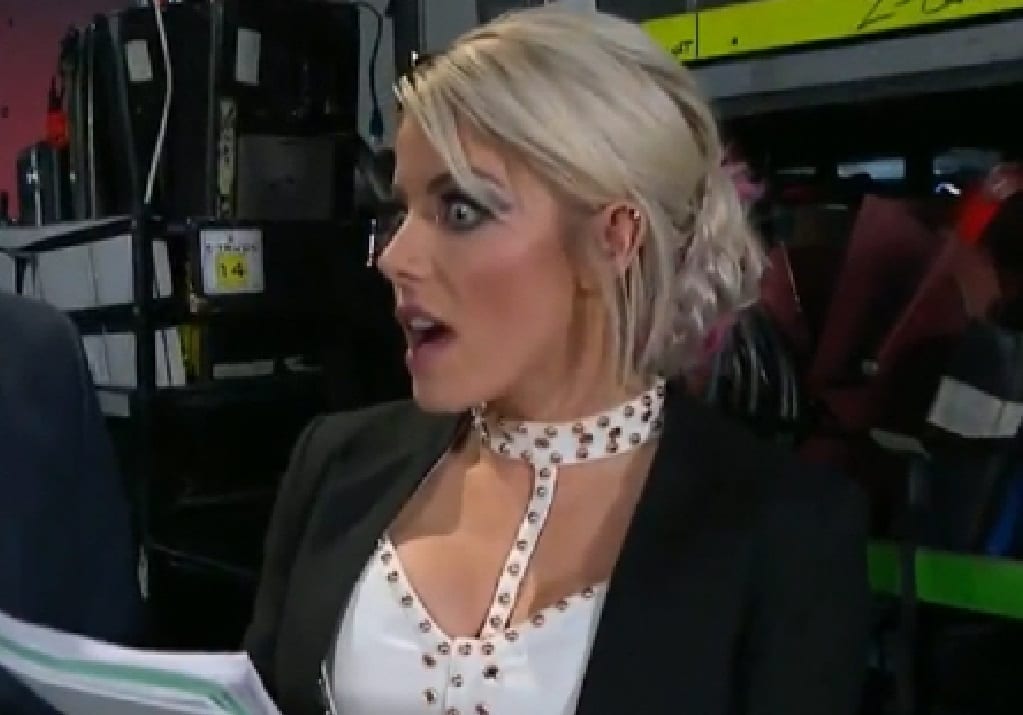 We previously reported that one fan tried to ruin Alexa Bliss’ good time with a bad remark. Then she turned it around on them.

It seems that she was on a role on Twitter as she recently dealt with one hater after another. In response to Bliss making a joke about being out of WWE because she was getting a “new face,” one fan thought they would try and poke holes in her joke with an obvious needle.

“Ain’t she got her boobs done?” one fan commented complete with a Patrick Star thinking gif. Bliss wouldn’t even let this kind of comment ruin her Holiday vacation from WWE.

“Old news….” Alexa Bliss replied making reference to her cosmetic surgery. This was a pretty great way to put a hater in their place by calling out the obviousness of their statement.