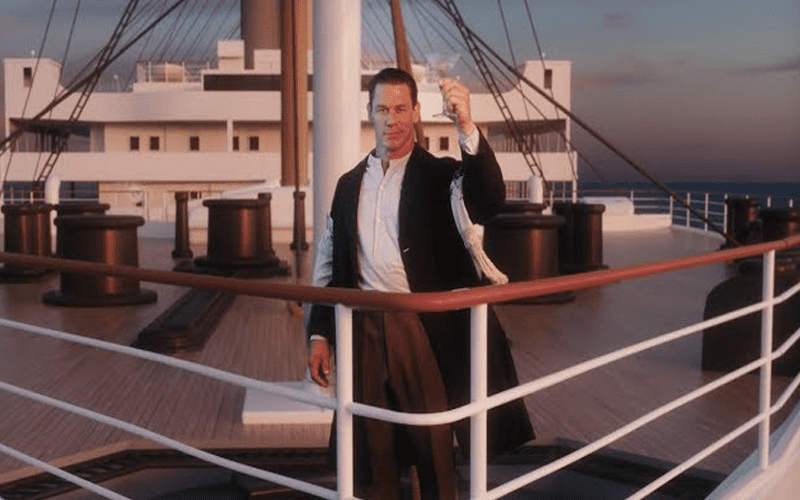 16-time World Champion John Cena has parodied the iconic Titanic film by James Cameron in a new add for SKYY Vodka. This comes after the part-time WWE Superstar was announced as a brand new ambassador for SKYY Vodka, and was a featured part of their “Proudly American” campaign.

The ad, which you can see below, focuses on Cena at the bow of the famous ship, sipping the vodka:

Cena’s partnership with SKYY Vodka took place back in November, and the current campaign focuses on celebrating the spirit of evolving American values of which the country was founded on. The campaign itself was released in June this year, according to WrestleZone, and is based on SKYY Vodka’s belief that diversity drives progress.

What are your thoughts on Cena parodying the iconic film? What films would you like to see Cena parody for SKYY Vodka? Let us know your thoughts, opinions, and reactions in those comments below.