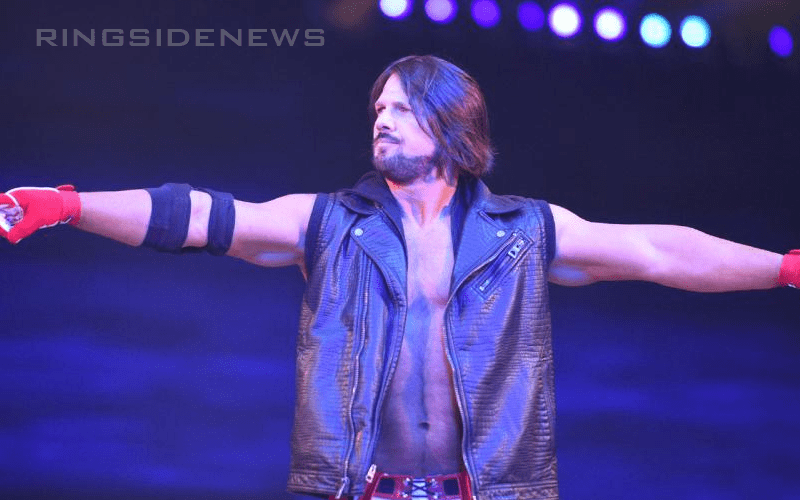 AJ Styles has three sons and a daughter all with first names that start with “A” so their initials are AJ because Styles real last name is Jones. You might think it would be awesome to have a father that’s a huge pro wrestling Superstar, but for Styles’ kids, it’s the only thing they’ve ever known.

While speaking to WrestleZone, AJ Styles revealed how his kids feel about his larger than life occupation. They apparently aren’t ones to brag about their Phenomenal father’s accomplishments in the ring. For Styles though, the real challenges aren’t in WWE, because it is finding time to be at home that can be the real struggle.

“First and foremost, this is all they’ve ever known that their dad has done. So they’re quite used to it and used to what goes on that they know it’s entertainment. It’s not a big deal to them. You’d think that they go to school bragging, they could care less about their dad being a pro wrestler. The challenges aren’t the storylines, the challenges are not being there when they need you the most.”

AJ Styles’ current WWE contract is coming to an end soon. It’s understandable how he would request fewer dates on his calendar as part of his new deal as well. He’s missing a lot of family time being on the road so much. In the meantime, let’s hope that his children eventually realize how awesome their father’s job is.