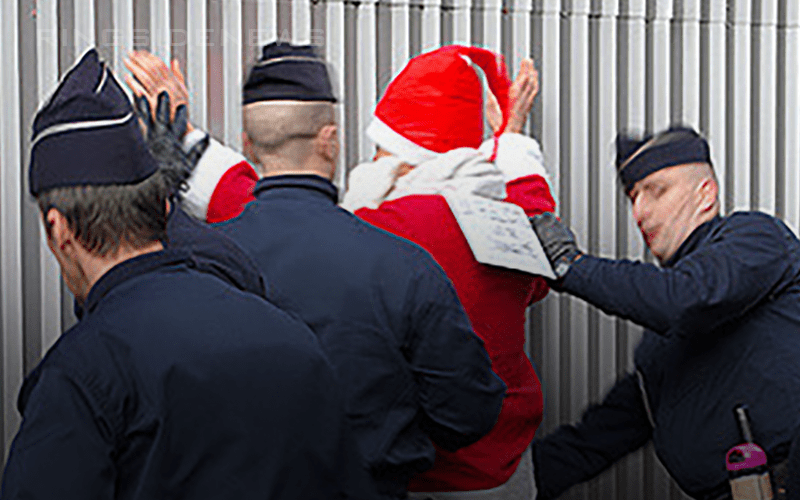 WWE loves it when fans come decked out in WWE merch, but try dressing as Santa Clause and you might find different results. Apparently, they don’t like that too much.

One fan full of the Holiday spirit attended WWE’s SmackDown Live tapings where the Christmas episode would be taped later on in the night. He dressed as Santa Claus too because he could.

“They really threatened to kick us out for drawing too much attention I want a refund,” the fan tweeted out along with a picture of himself not causing any harm.

It just goes to show that sometimes security can be real Scrooges.

they really threatened to kick us out for drawing too much attention I want a refund #wwe #sdlive #wwefresno pic.twitter.com/bO7fLHeVgA