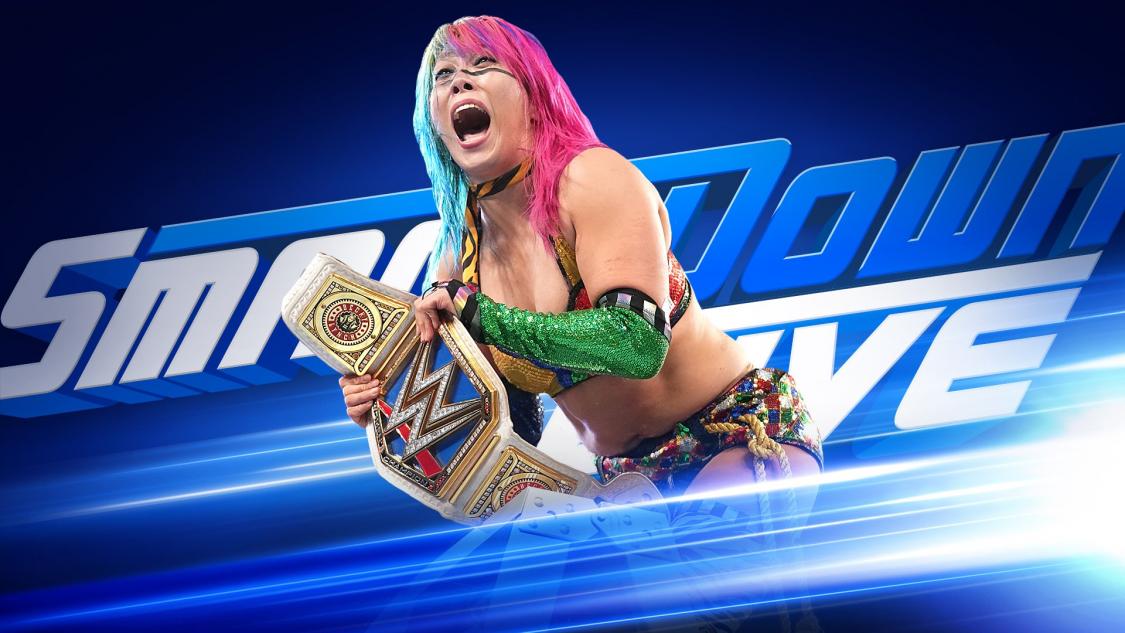 WWE heads to Fresno, CA to tape this week’s and next week’s episode of SmackDown Live. Below are the focus points for the show.

The era of Asuka begins
Asuka emerged victorious in the first-ever Women’s TLC Match on Sunday night, becoming the new SmackDown Women’s Champion. Though she got an unexpected assist from Raw Women’s Champion Ronda Rousey, The Empress of Tomorrow has declared that she is now “the man” after defeating Becky Lynch and Charlotte Flair.

Will anyone step up to try and bring Asuka’s reign to a quick end?

How will Becky Lynch and Charlotte Flair respond to Ronda Rousey’s interference?
Though Asuka is sure to be celebrating her newfound championship glory, The Man and The Queen are no doubt seething after Ronda Rousey shoved the ladder they had been climbing, sending them tumbling to the canvas and allowing The Empress of Tomorrow to claim the SmackDown Women’s Title for herself.

How will Lynch and Flair respond to The Baddest Woman on The Planet meddling in their affairs?

Will “The New” Daniel Bryan’s crusade continue?
Following his tirade about the WWE Universe and his leather-strapped WWE Championship Sunday afternoon, “The New” Daniel Bryan took one step closer to making his worldview a reality, defeating AJ Styles to hang onto the WWE Title at WWE TLC.

Will Bryan make good on his vow to introduce a sustainable championship title? Will Styles still be on the hunt for the champion?

Can anyone stop The Bar?
The odds were stacked against Sheamus & Cesaro in their SmackDown Tag Team Championship Triple Threat Match at WWE TLC. However, The Bar once again showed why they are Team Blue’s top tandem, fighting off the challenge of both The New Day and The Usos.

With those two tag teams in the rearview mirror, who will be next to try and knock off The Bar?